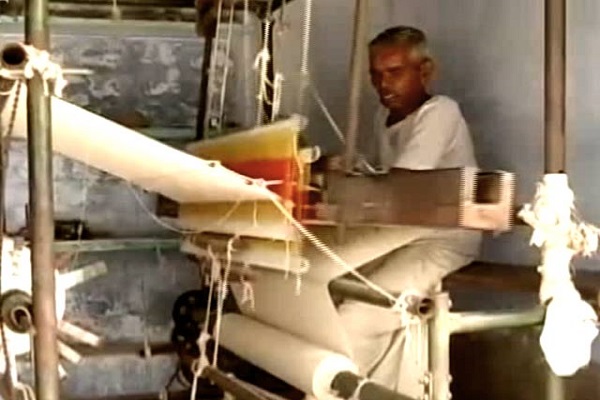 The Khadi and Village Industries Commission (KVIC) today said it has established 1.94 lakh small and medium projects across the nation and provided job opportunities to over 14.75 lakh people at their doorsteps during the last four years of the Narendra Modi government.
The commission said that through the Prime Minister Employment Generation Programme (PMEGP), a flagship scheme of the Government of India for which KVIC is the nodal agency, the Centre has been encouraging the village industry.

KVIC Chairman Vinai Kumar Saxena said that in financial year 2016-17, the Khadi and village industries products saw record sales worth Rs 52,000 crore and in the year 2017-18, it was expected to cross the Rs 65,000 crore figure.

“Undoubtedly, it was the vision of Prime Minister Modi to digitalise the PMEGP scheme to bring transparency and efficiency along with putting a stern check on any discrepancies or middlemanship in the finalisation and disbursement of funds to the beneficiaries,” Saxena said.

“Ever since KVIC’s IT team developed an in-house portal in 2016, we saw a quantum jump in the number of PMEGP applicants. As a result, we disbursed the margin money subsidy of Rs 4,735.94 crore during this span of four years, which is some sort of landmark in the implementation of government scheme,” he said.

Saxena said it was “really sad” that from Independence till the year 2014, the growth of Khadi and village industries sector could not even touch the double digits and the highest growth rate recorded in the sector was only eight per cent during the span of 65 years.