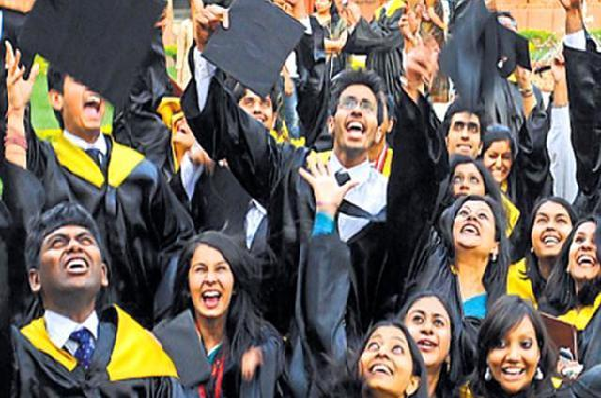 Two years into office, the Modi government faces the challenge to fulfill a key election promise to find jobs for armies of young hopefuls, amid signs that factories and firms are hiring at a pace far slower than the millions who are joining the queue.

According to the latest Asia-Pacific Human Development Report only 140 million or less than half of 300 million who entered labour market between 1991 and 2013 found jobs.

The report warned that India was likely to see severe shortage of jobs in the next 35 years.

This broadly mirrors the trends in India’s official employment data.

Employment generation in eight key sectors has slowed down to a seven-year low in 2015, labour bureau data released recently showed.

About 12 million people join the jobseekers’ queue in India every year. While industry is creating jobs, too many such jobs are in the informal sector, which accounts for 84% of current jobs.

The UNDP report said that while a vibrant informal economy keeps a large number of low-wage workers employed, such employment leads to many problems, including inadequate protection for workers. For instance, in India 1 in every 10 workers is employed in the construction sector.

On the other hand, employment growth in services has been slow in recent years. India’s challenge is to create the conditions for faster growth of productive jobs outside of agriculture.

According to labour bureau data released last week, textiles, leather, metals, automobiles, gems and jewellery, transport, information technology and the handloom sectors together created 135,000 jobs during 2015, 67% lower than 421,000 jobs that were added in 2014, the last year of the UPA government.

Worse, during October to December last year, 20,000 people lost jobs in these sectors, partly because of shrinking exports. Merchandise exports have shrunk for 15 successive months till February as orders continue to dry out from much of Europe.This unemployment comes at a time when every sector is short of skilled workers — from masons to teachers to waiters to engineers — perhaps a reflection of an education system that is not imparting skills the economy needs.

Of India’s 1.2-billion population, 60% are of the working age. And of the 12 million individuals who join the queue of job seekers every year, only 4% undergo vocational training.

How soon can India bridge the skill deficit?

“We have started moving into right direction as framework to bridge the skill gap has been put in place and now we will start executing the policies. We have understood the needs of the industry and will deliver the right type of people soon,” said Dilip Chenoy, former CEO, National Skill Development Corporation (NSDC), which was set up as part of the government’s national skill development mission.

Populous, and strategic, neighbour China’s manufacturing capabilities have long overshadowed India and the government’s push for manufacturing through the signature “Make in India” comes at a time when many big companies are seeking an alternative to the Asian giant as costs and risks rise in the dragon economy.

But will Make in India be able to spin jobs in large numbers given the increasingly automated and robotised manufacturing solutions? The government said that there are signs that the “Make in India” initiative has led to more hiring.

“Manufacturing facilities take time to set up, but the jobs which get created to facilitate these units have started growing. Be it in construction, logistics, the sectors which become a backbone to technology etc, have started coming up with new openings and are hiring people,” said an official, who did not wish to be identified.

“India’s economy needs to create enough “good jobs”—jobs that are safe and pay well, and encourage firms and workers to improve skills and productivity”, the Economic Survey said.