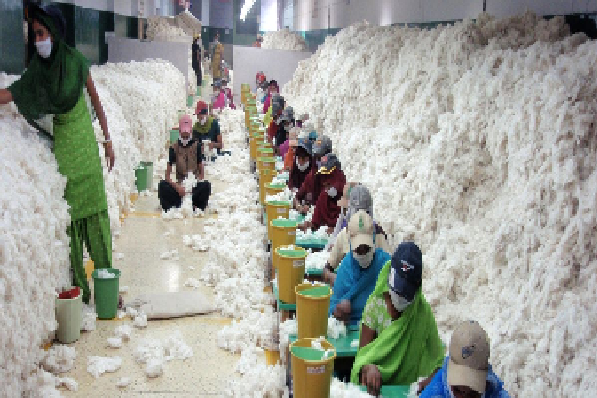 India’s dismal export growth is leading to massive job losses. And, after months of shrinking exports without any signs of improvement, the employment situation in Asia’s third-largest economy is set to worsen.

The jobs market is already in pain. In the July-September quarter of the 2015 fiscal year, India recorded the lowest job growth compared to the same period in 2009, 2011, and 2013.

Plummeting exports are adding to the problem. Some 70,000 jobs were lost in the second quarter of 2015 alone due to a fall in India’s exports, according to the Associated Chambers of Commerce & Industry in India (Assocham). Most of these were contractual in nature, the joint study by Assocham and Thought Arbitrage, a research institute, said.

“While contractual jobs were lost, not adequate regular jobs were added to compensate that loss. Textile has been most affected,” the industry body, which represents over 450,000 Indian business entities, said in a release on September 18.

India’s export growth has been negative in the last couple of years. Lacklustre global demand is one reason. It also doesn’t help that India’s manufacturing sector is still weak. Private investment in manufacturing is yet to pick up, which means exporters are scrambling for funds. Their funding costs are high too. All this has had an impact on the jobs market because exports have been slacking in sectors that are labour-intensive, such as engineering goods, leather, textiles, and rubber, among others.

Eight of the 14 labour-intensive sectors saw exports shrink in the 2016 financial year. In the previous year, job growth in these sectors was the slowest in seven years.

For Prime Minister Narendra Modi’s government, which came into power riding on mega promises, including job creation, these numbers are worrying.

“(The) Indian economy has to look internally at the domestic economy to restart the Indian growth story. That is only possible if there is extra demand generation within the economy,” Assocham secretary general DS Rawat said in the release.

“Employment generation is the most important factor to generate such extra demand. More employment means extra purchasing power in the hands of the people, and subsequently more demand generated for all kinds of commodities and services,” he said.

It doesn’t help that India’s working-age population is estimated to grow to over a billion by 2050, the largest in Asia-Pacific. The need for employment generation is clear.