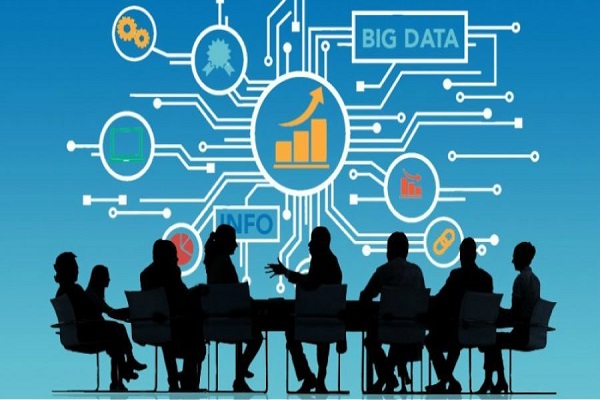 Is technology slowly invading our workplaces? Some of India’s top business leaders came together to outline the disruptions that could impact offices at the JobBuzz Workplace2025 Conclave.
While acknowledging the promise technology brings to workplaces, the conclave highlighted the aspersions to economic disruptions in a special discussion called ‘The Evolution of Work: New Realities Facing Today’s Leaders’. This session, which was inaugurated by Satyan Gajwani, Vice Chairman of Times Internet, was anchored by Gautam Sinha, the firm’s CEO.

JobBuzz is a companies’ review and rating platform from TimesJobs, a Times Internet division that also runs ET Online. The event took place on May 4 at New Delhi’s Taj Palace hotel.

Highlighting the digital transformation at workplaces, Sanjay Goyal, Vice President & Head of Product, Technology, JobBuzz said, “Workplaces are rapidly turning to technologies such as Artificial Intelligence, business intelligence and chatbots to make their work and work processes easier. This phenomenon is only going to increase in the coming years. The only way to make the most of this technology-led future is to remain ahead of the learning and adoption curve.” He also complemented all the panelists for sharing intrinsic insights on the adoption of technology in their organisations, their challenges and frank discussions on possible solutions as well.

Sinha was joined by Mitra Robot, the humanoid bot known for performing various workplace chores, for a brief dialogue on jobs done by bots. After this, Sister Shivani from Brahma Kumaris delivered the opening address on ‘Managing Stress and Mental Wellness at Workplace: Tips for mobile ready world.
Soon after, a series of panel discussions featuring CHROs of top Indian companies ensued throughout the day. Alongside, the event hosted two CTO panel discussions and a tech breakout session anchored by Jagdish Mitra, Chief Strategy and Marketing Officer at Tech Mahindra. All details on panel discussions are available @ https://jobbuzz.timesjobs.com/workplace2025

While explaining the Gig Economy and its boon, Ramathreya Krishnamurthi, Business Head, TimesJobs, TechGig and JobBuzz said, “Hiring a skilled freelancer from any location and making payments through secured means are some of the things that the technology has enabled us to do. With further tech-innovations and advancements, Gig Economy will surely witness a boost and that will be yet another revolution in the way people work and organisations get work done.”
The event concluded with a glitzy awards nights where best new-age workplaces were felicitated based on the employee reviews posted on JobBuzz. Different organisations were honored and nominated under 11 award categories.