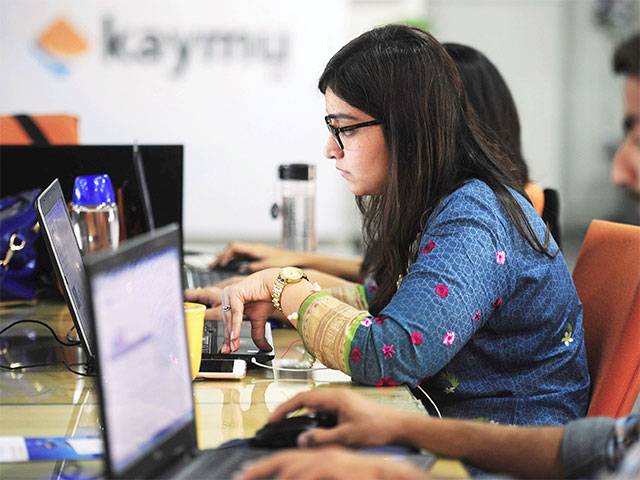 Fresh engineering graduates, who are finding it increasingly tough to land a job in India’s $160-billion IT industry with each passing year due to lower levels of hiring, may have to deal with another disappointment this year — their starting salaries are unlikely to see a spike anytime in the near future and will largely remain stagnant at their decade-old levels.

According to human resources heads of top companies such as TCSBSE -2.79 %, Infosys BSE -8.66 % and Wipro BSE -2.86 %, as well as several recruiters and experts tracking India’s IT industry, India’s largest outsourcing firms are unlikely to revise fresher-level wages, at a time when spending from top customers such as Citigroup and General Electric is declining and IT firms are scrambling to protect their precious margins, amid rising inflation and cross-currency fluctuations.

More worryingly, experts point out, a huge demand-supply imbalance has tilted the odds squarely in favor of the country’s largest software services firms, with only one job available for every five engineers who are graduating from colleges across the country every year.

“Hiring is clearly changing. The 2000-odd people we’ve added this year includes people we’ve added from acquisitions. We’re also calling out factors like number of people who are getting released from automation, lower utilization, etc — all that put together, there will be pressure on this part (entry-level salaries and hiring) clearly,” said Saurabh Govil, president and chief human resources officer at Wipro, adding that fresher level salaries will stay stagnant at the Rs. 3-3.5 lakhs level in the near term.

Experts stress that the demand supply gap has reached alarming proportions — while India produces over 1 million engineering graduates every year now, the number of jobs available in the IT industry as of now hovers around 200,000-300,000, according to data from industry lobby Nasscom.

“Ten years ago, the supply-demand situation was neck to neck — the number of engineers graduating was roughly similar to the number of jobs in the IT industry. That has changed drastically — as of now, supply is 5 times as much as demand. When you have five people competing for one position, you don’t have any incentive to raise salaries,” said Achyuta Ghosh, head of research at Nasscom.

Despite marginal salary hikes offered by US-based Cognizant — followed by TCS — last year, experts point out that the range of salaries still largely remains the same. While Cognizant raised fresher salaries from Rs.3.05 lakhs to Rs.3.35 lakhs last year, TCS hiked fresher wages from Rs.3.18 lakhs to Rs.3.30 lakhs — well within the Rs. 3-3.5 lakh range that has been prevalent for the last decade since at least 2007-08.

The hikes from Cognizant and TCS barely presaged a similar move across the industry — no other large IT or mid-sized IT firm followed suit, after the hikes offer by TCS and Cognizant. Infosys and Wipro came out and said they planned to keep salary levels constant in the near term.

Some experts warned that stagnant salary levels could ultimately have long-term ramifications on the industry and could lead to steps such as the formation of trade unions in Indian IT.

“Expect invasion of trade unions in Indian IT. This may sound far-fetched but we think of this as a near-term possibility,” said analysts Akhilesh Tilotia and Jaykumar Doshi of Kotak Institutional Equities in a recent report titled “how many engineers are required to change a light bulb.”

“If there is a glut of freshers compared to the demand, they (1) may be hired at a pay lower than what would have been the case earlier, (2) may not receive pay-hikes initially, (3) their promotion packages may not be as generous and (4) they may take much longer time to be promoted; all these add up to a meaningful loss in purchasing power during the tenure of the professional,” they added.

Moreover, stagnant salary levels could also have a long-term impact of salaries of senior engineers and mid-level managers at IT firms.

“We believe that as a large batch of not-so-well-paid freshers learn and grow in the system, they are more likely to impact the growth in pay of the seniors as the ratio of the pay-scales begins to look distended. It is quite possible that low-growth industries may see a correction in the salaries of the seniors – and this can have quite a meaningful impact on the consumption dynamics,” Tilotia and Doshi added.

And with the disruption caused by automation to the traditional “pyramid model” of the IT industry, things could get even tougher for entry-level engineers over the next 5-10 years.

“Despite being an employee-intensive industry, so far a company’s processes and organisation structure have had a more important bearing on the quality of delivery than the quality of talent recruited by the company; this could change in the future. Automation will eliminate “mindless” work and will require employees to think and come up with creative solutions to client problems,” said analysts Sagar Rastogi and Utsav Mehta of Ambit Capital in a recent report.