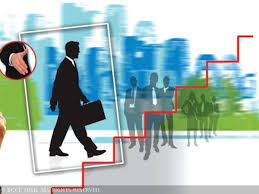 Rising wages in China presents a huge opportunity to the apparel sector in India with a possibility of creating up to 1.2 million jobs in the country, a World Bank report said today.

Even a 10 per cent rise in Chinese apparel prices could create at least 1.2 million jobs in Indian apparel industry, the report estimates.

According to the report titled ‘Stitches to Riches? Apparel Employment, Trade and Economic Development in South Asia’, women are expected to benefit the most as their share in the total apparel employment is much higher than their share in other industries.

Even the 1 per cent increase in expected wages in the textiles and apparel industry could raise the probability of women entering the labor force by 18.9 per cent.

The report suggests various policy measures to help increase apparel exports from India, including rise in product diversity by reducing tariffs and import barriers to ease access to manmade fibers.

It also recommends lower excise taxes or other incentives to develop a domestic manmade fiber industry and improving productivity by helping firms enter the formal sector and take advantage of economies of scale with less complex labour laws.

“Although China remains the world’s largest apparel exporter, apparel as a share of its total exports in 2012 accounted for only 7.1 per cent, about half of the 15.6 per cent in 1990.

The potential decrease in Chinese exports presents a huge opportunity for South Asian countries, which currently account for 12 per cent of global apparel exports,” said the report.

However, it cautioned that Trans Pacific Partnership (TPP) accord — a trade agreement between 12 Pacific Rim countries including the US — will also likely have far-reaching impact for key sectors in South Asia, including apparel, pointing out that a reduction in tariff and non-tariff barriers could lead to trade diversion for South Asia, including in the textiles and apparel sector.

“For it to take advantage, India needs to move quickly to ease barriers to the import of manmade fibers, facilitate market access and encourage foreign investment to reach more end markets, which would also yield dividends for other light manufacturers like footwear and toy, the report suggests.