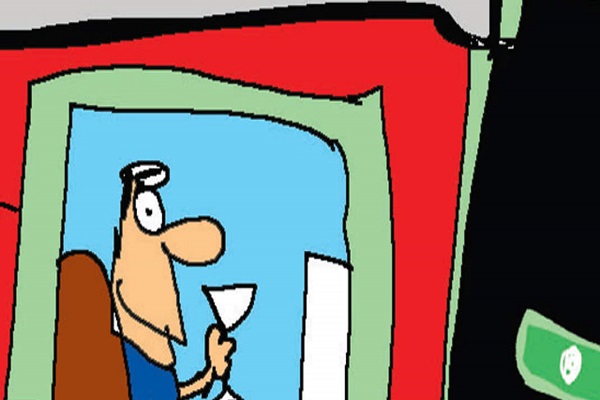 The CFO of an FMCG company approached US recruitment firm Kelly Services recently, wanting to resign and take up consulting or shortterm assignments. Since then, he’s worked on various projects with companies of his choice, earned well and travelled extensively in between jobs. When Kelly reached out to him for a permanent job, he refused, saying he prefers gigs for their flexibility and exposure.
Such instances – once few & far between –are increasingly gathering momentum in India’s white-collar ‘gig economy,’ with skilled professionals seeking flexible work arrangements. It’s early days, but as more Indians opt for new work arrangements, interest is growing across age and experience brackets. Leading the charge are young employees with five-plus years of experience, confident in their abilities to do well even without the cushion of a permanent job, and mid-career people who have built up a nest egg and now want more flexibility and a work-life balance.
“Professionals are prepared to risk and learn something new for the sake of growth,” said Vaibhav Gaaydhani, executive director at ABC Consultants.
“Since they are free to take up other nonconflicting assignments, it makes sense for companies, too, given that the cost is not as prohibitive as hiring a full-time employee.” According to a study by PayPal this year, freelancers earn an average of Rs 20 lakh annually.

Project-based hiring is inevitable because mid-to-senior-level employees shoot up payroll costs and this kind of a job gives people flexibility to work, said Kaustubh Sonalkar, president of HR at Essar Group. “We have some such roles on offer – for instance, in an M&A kind of role or a techbased project.” A few years ago, there would have been a supply problem but today, such people are in abundance, he said.
Three months ago, EY launched GigNow, atech platform that connects people seeking short-term employment options or flexibility with EY in India. Sandeep Kohli, national director for HR at EY, told ETthat over 70 such jobs are on offer on the platform and almost 700 people have applied. Initially, it started with consulting and now it has added finance and HR gigs. The next step is to launch a GigNow for women.

Most of the roles farmed out by companies include IT architecture and implementation, domain specialists, web designers, digital marketing professionals and creative designers. For some key activities, companies seek experienced professionals with more than 15 years of experience, said Paul Dupuis, MD of Randstad India.
Kelly has seen a 30 per cent increase in candidates seeking such placements, said MD BN Thammaiah. “The market is growing by 20 per cent year-on-year and will grow more with changing mind sets,” said Lohit Bhatia, CEO Staffing at IKYA Human Capital Solutions, a division of Quess Corp.
IT/ITES, STARTUPS DRIVING DEMAND
Typically, maximum demand in the gig economy is from IT, ITeS, ecommerce and startups, retail, hospitality and FMCG, where sudden and short-duration talent at lateral levels is the need of the hour.
While blue-collar workers including radio taxi drivers and service providers on platforms like UrbanClap make up the bulk of the gig economy, roles such as website design, graphics design, gaming, app design, coding, artificial intelligence, project management, marketing/promotions, content, events and activation have a lot of traction in the white-collar space. Some ecommerce companies are hiring highly specialised technology professionals.
The pool of project-based professionals is estimated to be 2 million today, or 8 per cent of the formal workforce, said Rituparna Chakarborty, cofounder of TeamLease.
Several factors are pushing the requirement of gigs, including consolidation of some industries; more women trying to balance home and profession; retired people seeking ways to stay independent and graduates looking for flexibility and the I-am-my-own-boss feeling.
“We have launched a new division to cater to the requirements of the gig economy since we expect the trend to gain steam,” said AG Rao, Group MD at ManpowerGroup India.
ATTRACTIVE PAY FOR CANDIDATES
While the gig economy in India isn’t regulated, skilled candidates stand to make good money. HR solutions provider PeopleStrong took on a senior professional to design its performance system for a five-month project. The candidate works 10 days a month and gets paid Rs 3 lakh monthly. Randstad said digital marketing specialists with five-plus years of experience can command $35-$100 an hour.
Randstad said digital marketing specialists with five-plus years of experience can command $35-$100 an hour. “For UI designers with 8-10 years of experience, this can go up to as much as Rs 8 lakh a month, working for two corporations simultaneously,” said Pankaj Bansal, CEO of PeopleStrong.
He and others agreed that India first needs to witness structural reform.
“With the gig economy becoming a reality, the future would witness a change in the way organisations would hire and manage their talent. Organisations need to reshape their talent strategy to accommodate the needs of this new category of workforce. They must rework payroll systems, recruitment strategy and overall people strategy,” said Bansal.