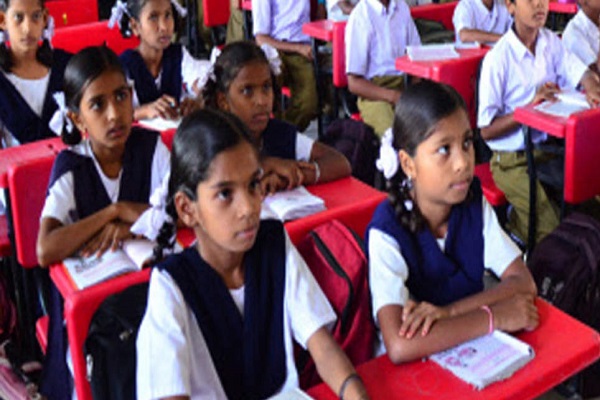 The singular expectation from university education is guaranteed employability and, thus, a return on investment. When this fails to happen, it is because the quality of education does not respond to market demand.

Drawing on data from 60,000 graduates pan-India, an employability solutions company noted that around 47 percent of Indian graduates are unemployable. According to a McKinsey report, only a quarter of Indian engineers are employable. Other studies put it at a much lower figure and even as low as five percent. These are alarming statistics because they would significantly and negatively impact India’s demographic dividend.

In the meantime, technology has emerged as a game-changer. Breakthroughs in robotics, Artificial Intelligence, Internet of Things, 3D printing, driverless vehicles, for example, have triggered a revolution that is expected to transform everyday human experience.

Take robotic surgery, for instance. The surgeon can now carry out the most complex procedures with far greater skill, precision and dexterity. Robotics, similarly, is being used in the construction industry and it is argued that with robotic systems, output would be much more consistent accompanied by higher quality, speed and efficiency. In the military, it is estimated that the US armed forces could have more robots on the battlefield than real soldiers by 2025. Not only would these robots have deadly capability but, more importantly, their use would dramatically reduce loss of life among American soldiers in combat zones.

In a similar fashion, 3D printing is already impacting manufacturing, the production of medical devices, the fashion industry, architecture and the automobile industry. The dramatic impact that the technology revolution is having and would continue to have is an indisputable fact of contemporary life.

This would suggest that in 4-5 years time, when a student graduates, the job the person would do is yet to be created. For educators, this would prove to be a nightmare, unless they gear students up to anticipate uncertainty and have the ability to respond to it.

This is not true of Indian education, however, because of its steadfast refusal to evolve and embrace new challenges and prepare for a rapidly changing world. Unless it does so, education would not lead to employability or job creation through entrepreneurship.

What we know as facts are, first, that the rapid breakthroughs in technology would result in several current jobs being done by machines. We are already seeing this in multiple fields, some of which we interact with in our daily lives. Many supermarkets, for instance, have introduced pay machines and dispensed with manual bill generation and payment counters handled by staff. With the increasing use of credit cards, pay-and-go would displace more persons from other current jobs in many retail outlets. This would be equally true of airline and other modes of long-distance travel where boarding passes can now be printed without having to visit the counters. The McKinsey Global Institute estimates that around one-third of all jobs across 46 nations would be displaced by 2030.

Second, how we negotiate our relationship with technology would be critical to our well-being. At present, there is fear of, and even resistance to, technology because of credible apprehensions about loss of jobs. We need to recognise that technology is only a tool meant to assist us and to improve overall performance and productivity. Rather than a threat, it is meant to complement our core capabilities and free us from drudge work that machines might do better and more efficiently.

Even engineers, architects and doctors need to rethink their role, as machines would now replace what they did. But then again, there are several other areas where technology would be found wanting. Consequently, there would be increasing demand for new skills, as the work place would itself be dramatically transformed.

The McKinsky report estimates that automation could force anywhere between 75 million to 375 million into new jobs by 2030. This is borne out by other studies as well that argue that global, virtual teams would replace the current work place environment because project teams would now be geographically dispersed. PricewaterhouseCoopers projects this new style of working to increase by 50 percent by 2020 resulting in a potential shortfall of 85 million qualified workers globally by 2020.

Third, this suggests that education needs to build the soft human skills that Artificial Intelligence cannot emulate. What we teach, consequently, needs to be rethought. While strong technical knowledge is important, it is equally important that students master intercultural communication and are in a position to perform in geographically dispersed virtual environments. Team building, leadership, crisis and conflict management, and dealing with people would be the key tipping points in deciding who is employable and who may be displaced.

Reimagining employability is an imperative for India but its success is entirely dependent on how we redesign our approach to education. What we require is close collaboration between the corporate sector and educational institutions to create the work force of the future.