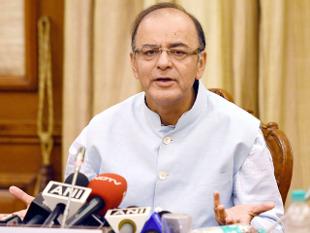 The finance ministry has unveiled a new framework for appraisal and approval of schemes, replacing instructions issued over three decades ago, to prepare the ground for removal of plan and non-plan distinction. “The revised guidelines are forward looking and will help the departments restructure their schemes in a framework that is independent of the plan non-plan distinction,” a finance ministry statement said on Wednesday.

Finance minister Arun Jaitley had in his budget speech announced the government’s intent to remove the distinction between the plan and non-plan expenditures at the end of 12th Five Year Plan. “…it has become necessary to put into place a plan non-plan neutral appraisal and approval system. The department of expenditure has accordingly undertaken a comprehensive review of the instructions issued over the last three decades, and replaced them with a simpler framework that will improve the efficiency with which schemes and projects are appraised and approved in our system,” the finance ministry statement said.

An expert committee by C Rangarajan, then chairman of the prime minister’s economic advisory council, had in 2011 proposed that the distinction between plan and non-plan expenditure be abolished for both the Centre and states. The new guidelines will help bring in the concept of outcome evaluation to improve the delivery of public goods and services to the citizen.