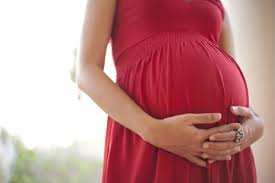 In May, Infosys rolled out mobile application ‘Sapphire’ to allow women going on maternity leave to stay connected to the company.

The app updates employees on organisational developments and also facilitates their return to work by apprising them of the available projects they can join.

This is one of several such initiatives taken by an increasing number of companies to stay connected with employees on maternity leave to address the issue of attrition at that level amid appreciation that many such women will seek a change in role when they return to work.

“We don’t want good performers to be floating around with nothing to do. The Sapphire app lets them build a connection and find meaningful projects once they’re back to work,” he said.

The app is intended to enable expecting and new mothers to stay connected, stay relevant and stay inspired, said Aruna Newton, head of diversity and inclusion at the Bengaluru-based technology company.

“Sapphire is not just a maternity app but our commitment to building an inclusive workplace for new and expecting mothers,” she said. The app may be a novel idea but several companies are seeking to stay connected with employees while they are on maternity leave.

The company decided to engage with such employees through the duration of maternity leave. “Even though we provide six months’ fully paid maternity leave our learning is that soon after women are physically fit, it is important to let them be aware of the roles they will return to through consistent engagement with their managers and HR partners, ensuring regular career development conversations during their leave,” said Rachna Mukherjee, chief human resources officer.

Schneider Electric India has an engagement model to provide a buddy before women employees proceed on leave, in order to maintain the connect with the organisation and ensure the right role is identified before they rejoin.

“Nowadays, it is the norm to have an app for everything, so an app for this purpose can significantly contribute towards maternity engagement. However, the overall context is what is more important, that of retaining women in the workforce,” said Piyush Mehta, chief human resources officer at Genpact.

“While these days, it is recognised and accepted that it’s important to have women equally contributing at the workplace, in many cases, unconscious bias still prevails,” he said. Genpact is focusing on creating a conducive work environment for returning mothers through extensive training programmes.

It has already enrolled about 5,000 people and plans to increase this number. The company also has designated HR managers staying in touch with women going on maternity leave to ensure a constant connection and a smooth return when they decide to come back.

The trend is catching on. “In the last six months or so, there have been many positive developments in the sphere of maternity benefits from companies. With the government looking to extend the mandated maternity leave, organisations are doing their bit for the ease and convenience of new or expectant mothers,” said Mansee Singhal, principal talent at Mercer India.

Experts said that while such initiatives are not yet the norm for corporate India, the success rate of existing ones could spur more such measures for engagement.

In March last year, SAP Labs India launched an app ‘Run Mummier’ and a buddies programme among other initiatives to engage with women on maternity leave. These initiatives ensured that attrition among new mothers decreased from 31% in 2010 to 1.3 per cent in 2015, company executives said.

“The app was designed to be a friend and guide to our women colleagues entering motherhood.

The app not only provides information regarding policies and benefits applicable to women during their pregnancy and post childbirth, it also acts as a reminder by providing checklists for them to complete while on maternity leave,” said Vlasta Dusil, head of HR at SAP Labs India. The app, which was created and piloted in India, has been successfully launched in Israel, Argentina, and France, Dusil said.