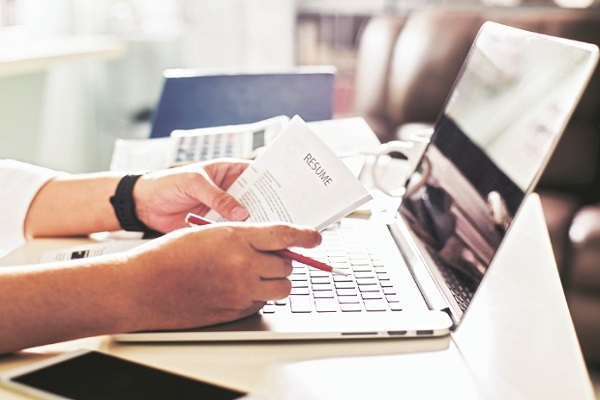 Recruitment
March 22, 2018 executivesearch 0 Comments Railway Recruitment Board, Railway Recruitment Cells, Staff Selection Commission, Union Public Service Commission
Share on LinkedIn Share
Share on Facebook Share
Share on TwitterTweet
Send email Mail
Print Print
There is an overall reduction in the number of candidates recommended for government jobs by various recruitment bodies, according to a written reply given by Minister of State for Personnel Jitendra Singh in the Lok Sabha today.
A total of 1,00,933 candidates were recommended for government jobs during 2016-17 as against 1,11,807 in 2015-16 and 1,13,524 in 2014-15, it said.
Giving the break-up, Singh said the Union Public Service Commission (UPSC), which selects IAS and IPS officers among others, recommended 5,735 candidates in 2016-17 as against 6,866 and 8,272 in 2015-16 and 2014-15, respectively.
The Staff Selection Commission (SSC) recommended 68,880; 25,138; and 58,066 candidates during 2016-17, 2015-16 and 2014-15, respectively.
The Railway Recruitment Board (RRB) and Railway Recruitment Cells (RRCs) empanelled and recruited 26,318 candidates in 2016-17 as against 79,808 and 47,186 such selections in 2015-16 and 2014-15 respectively.
“Government of India does not have any proposal for providing unemployment allowance to unemployed persons,” the minister said.
In another reply, Singh said the Centre has referred to the CBI for an impartial probe the matter of alleged cheating in a recruitment examination conducted by the SSC.
“There was no leakage of question papers of a SSC examination. In view of some sporadic incidents of alleged cheating by some candidates at a few venues and subsequent agitation by a section of candidates, the commission, in order to reiterate and reaffirm the faith of the candidates in the examination process, recommended for an impartial enquiry by the CBI,” he said.
Accepting the SSC’s recommendation, the government has referred the matter to the CBI for a free and fair probe and the agency has registered a preliminary enquiry on March 8, the minister said.