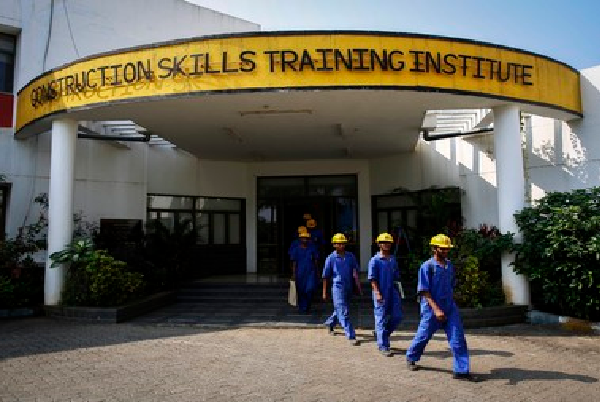 If you are 25 years old, hold a degree in a traditional arts discipline from a well-regarded institute and are looking for a job, you may not be handed one on a platter any time soon. You may be cushioned within the famous Indian demographic that is supposed to yield a ‘dividend,’ but unlike what you’ve been reading everywhere, this does not guarantee you employment.

Between 1980 to 2010, 90 percent of world labour force growth occurred in developing countries and about 500 million new workers emerged in India and China alone (workers went from 260 million to 470 million in India, between this period).

India is all set to power most of global growth in labour in the coming years. Enrolment in Indian higher education is 24 percent right now. With India attaining almost universal elementary education, and increased retention in secondary schools, the projected demand for higher education and jobs will only escalate. India has finally been placed on the world map with a solid advantage where labour supply is concerned.

It’s not all good news though. Indian millennials are being touted as the future of jobs and the saviours of the working world. But this won’t hold true if in-demand skills are not imparted to the youth entering the workforce. The world of work is changing and industries are transforming.

It’s a fact that we are moving towards a massive labour pool, but we are possibly riding a low-skill, low-wage cycle to get there.The country is on a trajectory that involves a surplus of millions of low-skill workers, whereas most nations, including India, will be demanding high-skill workers more and more.

Unfortunately, our education system is not preparing students well enough to enter the workforce as high-skill workers nor equipping them with skills in emerging domains. Curricula is outdated and pedagogy poorly-developed. Gone are the days when just holding a graduate degree was enough to get employers to clamour to hire you.

Education is not enough. The new-age job-seeker must strive to acquire specific skill sets to be considered employable (currently only 43 percent of Indian youth are considered fully employable). This applies to all sectors of the economy, as most industries and businesses are adopting new-age technologies and going digital within most functions.

The positive connotation associated with our demographic shift has been taken for granted and assigned the term ‘dividend.’ But if we don’t strategically harness this change, we could easily be faced with a demographic disaster. We don’t want to be stuck in a situation where we have too many job-seekers with inadequate skills, and therefore not enough jobs for them.

India is moving workers out of farm jobs at a very fast rate, and this will only add to the burden of providing jobs in other sectors. Realising this, even the government has begun focusing on skill development and training. Creating an entirely new Ministry and launching the Skill India Mission are clear indications of this. Another sign that skill training is gaining momentum is reflected in the growth of the Indian education and skills industry at an average rate of 13 percent over four years. From Rs 1.21 trillion in 2008 to Rs 2.35 trillion in 2012.

However, these measures have not been enough to successfully skill India’s young. Only 2 percent of the Indian workforce has received some kind of formal skills training so far, and 8 percent have received informal training. Comparatively, 47 percent of China’s workforce is skill trained, 52 percent in USA, 68 percent in UK, 75 percent in Germany, 80 percent in Japan and 96 percent in South Korea.

Almost half of Indian employers find it difficult to fill jobs and a similar proportion of employed youth suffer from some degree of skill deprivation.

By 2050, India will be home to more than a billion job seekers. This means providing jobs for over 12 million new entrants annually. There is also the challenge of finding jobs for the backlog, which reached 60 million by 2014. The pace of accretion to the labour market will keep increasing, given our demographic profile and declining age-dependency ratio. Our working age population (15-64 years) will peak in 2050 and till then pressures for jobs will only become worse.

We need a wake-up call and more concerted efforts towards large-scale skill development and training. We may have a situation of too few high-skill workers and not enough jobs for medium or low-skill workers. This needs to be rectified by adjusting the education and skilling system to ready ourselves for the jobs of tomorrow.