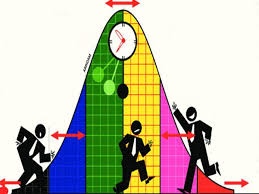 The telecom sector and allied services are expected to generate over 10 lakh jobs directly and indirectly in the next three years, according to India Skills Report 2016, which has forecast a 20% growth in hiring in the sector this year.

This marks a turnaround after telecom and allied services figured among the sectors that hired the least number of workers in 2015. The report has been jointly prepared by People Strong and Whee box, in collaboration with the Confederation of Indian Industry (CII), LinkedIn and Association of Indian University.

It said that the sector has embarked on large-scale hiring, following steps taken by the government to provide a conducive environment for service providers, including the auction of 3G and 4G spectrum.

About 82% of India’s urban population and 18% in rural areas is dependent on mobile and internet, the report said. Constant expansion of subscriber base in mobile, fixed line, wireless and broadband services is driving jobs creation in the sector, it said.

It said employers have not made any major changes in the way they hire, with engineers (43.17%) leading the tally, followed by those from Industrial Training Institutes (25.18%) and management graduates (14.39%).