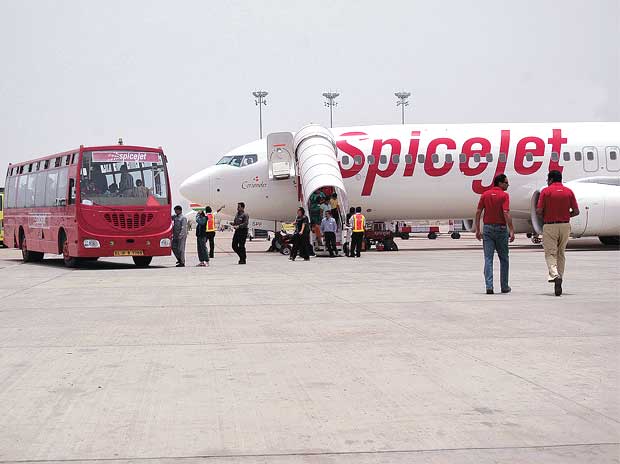 The turnaround story of low-cost airline SpiceJet has not only been in financial terms, but even that of attracting fresh talents from the industry.

In order to shelve threat from new airlines, the management is now planning to give ESOP option to high-performing executives. “We are working on the modalities of ESOPs,” Ajay Singh, chairman of SpiceJet, told Business Standard.

The country’s second-largest low cost carrier (LCC) saw an exodus of executives, pilots and cabin crews as it faced a near death experience.

According to industry sources, around 40 executives in the mid and senior level are set to join the airline from rival IndiGo.

Saptarshi Bose, ex-senior manager of revenue management at IndiGo, who had earlier worked for Spice Jet have already made their comeback in a bigger role than earlier.

Bose is back as general manager — revenue management and network planning. Pahuna Lal, who was a part of the team at IndiGo’s DRHP (Draft Red Herring Prospectus) filing, has taken charge as deputy head of corporate strategy and projects.

“Not only have many of our former executives joined back the company, people from other airlines also want to join the company now,” said Singh.

He has also decided to give greater roles to the loyal mid-level executives by promoting them to senior positions.

For instance, Kiran Koteshwar — an old timer at SpiceJet and has taken care of financial affairs at the company — has been designated as the chief financial officer.

Sukanya Anbalagan, who was deputy general manager to human resources, has replaced Shalini Vohra to become the head of human resources department. Vohra had quit the airline after Singh had taken charge.

“We want the second layer to take more responsibility; it is always better as they have worked in the organization and well equipped with the culture. This also gives the team a motivation that you can work your way high up the ladder,” Singh said.

After the new management came in, there was a churn among the top executives. The airline’s entire top rung had quit around late 2014 when Singh took charge of the company. Some of the most high profile exits were Kaneshwaran Avili, who was the CCO, Sudhakar Kondisetty, who was heading the information technology team at the airline and Sanjiv Kapoor former COO who left to join Vistara.

“We had to let go a few executives of the previous management as they were expensive, removing them has helped in cost management,” Singh said.

Similarly, the airline is also now being able to poach pilots from other airlines. Around 18 pilots and seven pilots are joining from IndiGo and Air India.

“Pilots are coming back from rival airlines and with the airline planning to induct new fleet, we plan to hire around 50 more,” Singh said.