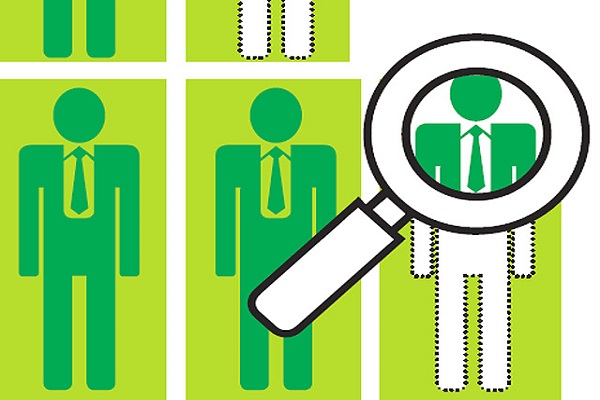 Towards the end of last week, as PM Narendra Modi was kicking up a storm during his election rally in Karnataka, another man associated with the government, who had already started a controversy, was also travelling across the state to get an economist’s sense of the political mood.

The man in the eye of the storm is Surjit Bhalla, a member of the Economic Advisory Council to the Prime Minister (EACPM). The controversy was over job creation. Bhalla had in a recent article said 15 million jobs were created in 2017. This was challenged by the head of the Centre for Monitoring of Indian Economy (CMIE), Mahesh Vyas. Bhalla had used CMIE data to arrive at this number.

But Vysa claimed that the member of the EAC-PM had “invented” the number by using incomparable data sources. CMIE’s survey had put employment generation at 1.4 million for the same period. The claim that Bhalla, also a senior India analyst at The Observatory Group, selectively used the CMIE data has set off a debate around job creation and, more importantly, brought to the fore the fact the India has no authoritative data on employment generation.

In places such as the US and UK, this is a crucial number. The government in such countries undertakes monthly surveys to estimate employment rates. Economists, traders and policymakers wait for the data. For example, the US unemployment rate fell below 4% for the first time since 2000, said the Labor Department on May 4. Before the announcement, gold prices had slipped in anticipation of a robust growth. This shows how important the number is to understand the economic trend. It can be argued that this indicator is as important as gross domestic product growth.

India, however, is yet to get a headline indicator on jobs data. The necessity is both economic and political. There are several state elections around the corner and the Lok Sabha polls are due next year, making it imperative for people to understand if the government has been able to add jobs to the economy. But not having a concrete set of data everyone can agree with leaves room for controversy and confusion — and a debate like the one between Bhalla and Vyas.

In the recent case, the truth probably lies somewhere in between. Mohan Guruswamy, who served as an adviser to the finance ministry during the Atal Bihari Vajpayee-led NDA government, says while Bhalla is being too optimistic, Vyas is being pessimistic. New jobs have been created, but definitely not as many as Bhalla has claimed, and there is no credible estimate. “The quality of data is bad,” Guruswamy adds.

Another debate on jobs numbers kicked off in January when two economists — Soumya Kanti Ghosh of State Bank of India and Pulak Ghosh of the Indian Institute of Management-Bangalore — came out with a study based on payroll data. Payroll in the Indian context is data available with the Employees’ Provident Fund Organisation (EPFO), the National Pension System (NPS) and the Employee State Insurance Corporation (ESIC) — statutory bodies to which employers must submit employee data. The Ghosh & Ghosh report, as it came to be called, estimated 7 million new jobs were created in 2017-18.

The report drew much criticism, the main one being that payroll data covered only 15% of jobs in India. Another was that the data might have duplications because of EPFO and NPS numbers. Pronab Sen, the former chairman of the National Statistical Commission, says: “While payroll data is important, it is useless in the Indian context without Aadhaar seeding. There is no way of knowing if there are overlaps.”

Bhalla’s estimate, too, drew similar criticism. One of the problems flagged was that he mixed estimates of the CMIE, which conducts its own surveys to arrive at employment estimates, with those of the Ghosh & Ghosh report to arrive at the conclusion that 15 million jobs were created in 2017. Basing the study entirely on the CMIE numbers would have shown different results.

Speaking to ET Magazine from Karnataka, Bhalla said: “We certainly do not have adequate data.” But, he added, as the National Sample Survey Office (NSSO), under the statistics ministry, had decided to release an annual survey from 2019, after they release the results of the five-year survey in August-September of 2018, this problem can be solved.

The NSSO also announced that it would hereafter conduct annual surveys on employment in rural areas and quarterly surveys in urban areas. CMIE’s Vyas, however, says the surveys done by them is good enough to estimate unemployment as of now. “While the NSSO covers 1.2 lakh households, we cover 1.7 lakh in our sample.” For comparison, the US surveys cover 60,000 households of a population of around 33 crore.

As for data, more can be expected from government agencies every month. In the last week of April 2018, the EPFO, NPS and ESIC together released their monthly payroll data for the period between September 2017 and February 2018. “The payroll data from these three organisations would now be released every month,” said a release from the Press Information Bureau.

April had seen another report, too, from Ghosh & Ghosh, claiming its estimate of 7 million jobs being created in 2017-18 was shown in the payroll data of the three organisations. They recommended that the government release the data every month.

There is consensus at least on some fronts. Everyone agrees there are several complexities around gathering data in India. There is also a consensus that while payroll data can provide an indication of what is going on, what can provide a more concrete idea of job creation is a national survey. This survey should ask a sample population questions about employment over a certain period and extrapolate the results across the country, say experts.

The US periodically changes its sample constituents by 25%, says Sen, but an Indian survey will need to start every round with a fresh sample. Guruswamy says the study will also have to adjust itself for seasonality and migration of labour across geographies as well as from agricultural work to industrial work.

Age & Education
He recollects that he recently attended an army programme where he was assisted by a Sahayak (an orderly) who had completed his MCom. This, he points out, is an example of an anomaly in India where a government job often pays much more than a similar private sector job and, therefore, attracts applicants with better educational qualifications. “There is an unusual demand for government jobs. This is not an indication of joblessness. It is an indication of dissatisfaction,” Guruswamy adds. Sen says the payroll data in the US becomes very relevant because 80% of the jobs are in the formal sector. In India, however, 85% of employment is in the unorganised sector, where payrolls do not exist.

One more bone of contention between Vyas and Bhalla was that Bhalla had ignored those older than 64 years. Vyas said there were many in this age bracket who wanted to work, but Bhalla stressed that their numbers would be small. In rural India, says Sen, there will be a fair number of working people above 64, though the number in urban areas might be much lower.

The NITI Aayog has spearheaded the move to get a periodic and unified jobs data number for the country. It facilitated the Ghosh & Ghosh study and is likely to keep going till a consensus number is arrived at. The ballpark target of adding at least 7 million jobs every year, also the number of people that join the workforce annually, will thus become an important base number.

But there are pitfalls on the way. Giving an example, Guruswamy says there can be growth in jobs even without actual growth, because the availability of labour in itself creates jobs. He says that the term “jobless growth” is a fallacy as it never happens. After 2014, there has been a plateauing of wages. “This indicates that there are more people available to work for lower wages and, therefore, jobs are being created while wages are not going up,” Guruswamy adds.

Bhalla pins his hopes on the NSSO survey that will become a regular affair next year. But he himself cast aspersions on how accurate it was, by saying in one of his recent pieces that the NSSO surveys might have understated job creation when the United Progressive Alliance was in power. It is clear the debate on whether or not new jobs have been created is not going to die anytime soon. Especially not with Bhalla promising to continue his argument in the forthcoming week in a newspaper article.

The US Model
The United States of America probably has the most comprehensive system for gathering jobs data, which often moves the economic and political needle. The US Department of Labor releases non-farm payroll data every month, which counts enrolled workers but leaves out farm labour, household and proprietary enterprise workers. Apart from this data, the US government conducts a monthly survey called the Current Population Survey (CPS) to find out the rate of unemployment. The CPS has been on since 1940 and the US Census Bureau took over the responsibility in 1942.

In the mid-nineties, the survey was re-designed and computerised. The survey sample size is usually 60,000 eligible households — which means approximately 110,000 individuals. The sample is designed in a way to ensure representation from all over the country, and 25% of the sample is changed every month. Every month, the respondents are contacted in person or over the telephone for this survey.

More importantly, it tries to count every person above the age of 16, and there is no upper age limit. But it leaves out people who are in the army or are living in institutions. A person without a job and actively looking for one is counted as unemployed. A person who is studying but is also looking for a job is also considered unemployed — the job situation gets precedence over educational activity.