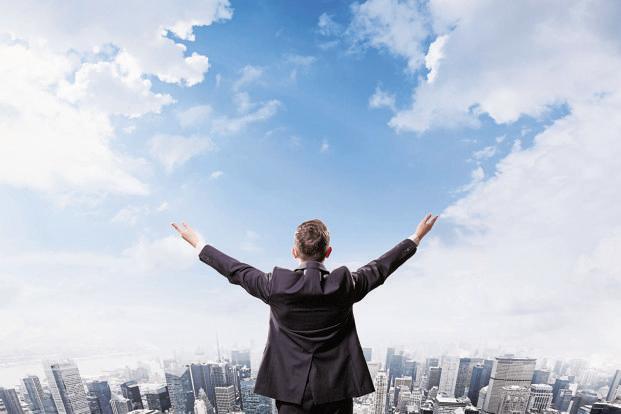 Preference for self-employment, dreams of start-ups and a desire for work-life balance stand out in a study of the attitudes, motivations and anxieties of Indian youth.

According to the study conducted by youth entertainment channel MTV, 81% of the respondents of the MTV Many Me Project preferred to be self-employed than join an organization. In the 2014 study, only 67% of the respondents had expressed a desire to be self-employed. MTV is the youth-focused channel from Viacom 18 Media Pvt. Ltd, a joint venture between Network 18 and Viacom Inc.

The study was conducted among 11,000 young men and women in the age group of 13-25 years across 50 Indian cities. MTV used a mix of both qualitative and quantitative methodology for this study. Over half of India’s population is below 25 and over 65% below 35.

Explaining the study, Ferzad Palia, head, youth and English entertainment, Viacom18 said, “The Many Me Project is a look into the ever changing, ever dynamic youth of India. The headline of what has emerged is that today young people are fascinatingly multi-dimensional and multi-faceted. For them, being multi-tasking isn’t enough, they want to be multi-achievers.”

Eighty seven percent of the respondents said they were proud to be Indian and 86% voted for a good work-life balance. The findings show that for the young, purpose and job satisfaction are more important than just being rich. Success, they said, was not defined by money, but creating a definitive niche and name for oneself. Eighty one percent said talent was more important than money.

The study showed that the young are mindful and ambitious, but not impatient. A key highlight is the desire to launch startups, even though they are aware of their weak resources. But that is what they dream of.

According to sociologist Shiv Vishwanathan, start-ups are the new identity and identification of this new generation. “For the old generation, socialism was bureaucracy — the public sector. Most people stayed in one organization for their entire life. There was no risk…only the idea of permanence and seniority.” However, the youth today finds this to be very slow.

“Each man thinks they can pull off something better than the system. There is growing awareness for the ecology of start-ups. The youth today prefers peer group emphasis than seniority. If the economy continues to grow, this is a trend which is here to stay,” he added. Vishwanathan is a professor at the Jindal School of Government and Public Policy.

Sudhanshu Vats, group chief executive, Viacom18 Media Pvt. Ltd, said the fascination for start-ups is the result of a combination of factors: wanting to be your own boss, inspired by people like Mark Zuckerberg, founder of Facebook and the Bansals of Flip kart, and the shortage of jobs.

“The desire to be my own boss…is not necessarily a very new thing. But it has got accentuated in the new digital world which has democratized opportunity. So, the capital barrier to entry has come down dramatically,” he said. Besides, there is a shortage of jobs, especially in small towns.

“If jobs are not being created at the level that you want, then you tell yourself that I will do my own thing,” said Vats.

Agreed sociologist Dipankar Gupta: “Organized sector employment has not gone up in the last 25 years. Regular government jobs are also on the decline and often being replaced by contract workers. So, starts-up are the only way for the youngsters to keep their self-respect intact.” The IT job market has also crashed, he added.

“Therefore, realism suggests that young people aim for start-ups. At least, that way, they can employ others in low-paying jobs rather than being in one themselves,” said Gupta, a former professor of social sciences at Delhi’s Jawaharlal Nehru University.

To be sure, India faces the serious challenge of finding jobs for a population expected to grow over the next 35 years; its economy could absorb less than half the new entrants into the labour market between 1991 and 2013, the latest Asia-Pacific Human Development Report said.

The report, released by the United Nations Development Programmer (UNDP) last week said that between 1991 and 2013, the size of the “working age” population increased by 300 million. Of this, the Indian economy could employ only 140 million, suggesting its limited capacity to generate jobs. The report estimated that by 2050, at least 280 million more people will enter the job market in India.

Some other key findings of the study show that youngsters in India are not shy of their flaws. Sixty one percent said they don’t believe in hiding their flaws; awkwardness and quirks are celebrated as unique differentiation, as per the study.

Vats noted that the shift from ‘me’ to ‘we’ was one characteristic that needs to be observed in the coming years.

“In the past, the youth was a lot more about ‘I’ want to be successful. Though they still want to build a successful career and make money, they are questioning its significance for the society. So the ‘purpose’ piece is dialing up. The question they are asking is ‘what can I do for myself, what can I do for my country, society or community?’,” he said.