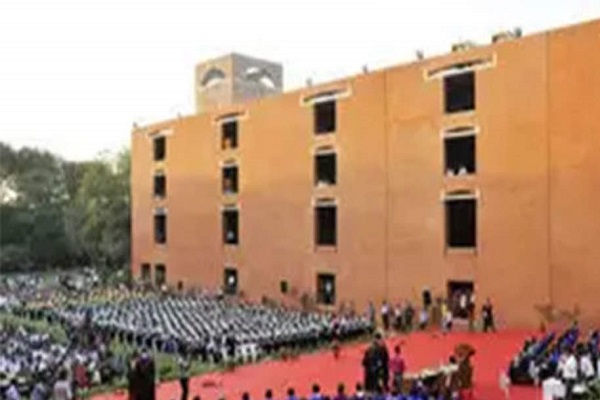 Recruiters hire graduates from the top IITs and IIMs at salaries that are more than twice the overall average of engineering colleges and Bschools, a new study suggests.

The findings, published in the Campus Hiring: Salary & Employment Report 2018 by online assessments platform Mettl, reveal that students at the seven top Indian Institutes of Technology (IITs) and six Indian Institutes of Management (IIMs), received as much as 137% and 121% higher salary packages, respectively, in the last campus placement season compared with the overall average offered across all institutes.

The survey was conducted across 114 engineering and 80 management institutes in the country.

According to the survey, the top IITs at Mumbai, Delhi, Chennai, Kharagpur, Roorkee, Kanpur and Guwahati had an average entry-level salary of Rs 11.1 lakh compared with Rs 6 lakh at the top National Institutes of Technology (NITs). The overall average salary across the top IITs, top NITs, new IITs, top private colleges, other NITs, other government colleges and other private colleges stood at Rs 4.7 lakh.

“Given the rise in demand for skilled candidates across all domains, the premier IITs’ penchant for quality student intake, top-notch infrastructure and fine faculty are the key factors that attract industry players,” said Mettl CEO Ketan Kapoor. Additionally, candidates proficient in new-age skills like machine learning and data science were found to be hired largely from the top IITs.

The Rs 11.1 lakh average salary at the top IITs is also significant in light of the marginal rise in average salary of entry-level engineers across engineering colleges over the last eight years.
From Rs 3.5 lakh in 2010, the average salary has increased to just Rs 4.7 lakh in 2018, which the report attributes to the increase in enrolment and mismatch in demand and supply.

The Mettl survey also found that graduates from the top six IIMs—at Ahmedabad, Bengaluru, Kolkata, Lucknow, Indore and Kozhikode— were offered average salary packages of Rs 20.6 lakh, about 121% higher than the overall average offered to a MBA graduate (Rs 9.6 lakh). Graduates of top government colleges and top private colleges, however, also did well on the salary front, with average salaries coming in at Rs 18 lakh and Rs 19.6 lakh, respectively.

In addition, B-school graduates from the technology domain who land job roles such as IT consultant, product head and CTO — typically candidates who have done their MBA after their BTech — received the highest average salary package of Rs 14.8 lakh after the management course, while general management roles accounted for the maximum number of hires at 31%.
Recruiters as well as placement officials at top institutes confirmed that there is a different package when they visit the most highly-ranked institutes. “We are looking for top talent,” said SV Nathan, chief talent officer at Deloitte India, which hires from a variety of schools across the country based on business needs.
“For certain kinds of roles, which require critical thinking, problem solving abilities, students from top-rung campuses have an edge over the others,” he said. “Also, in terms of their grit, determination and resilience, they command a premium among recruiters. We expect these students to hit the ground running, though even for tier-2 campus grads, it doesn’t take long catch up.”