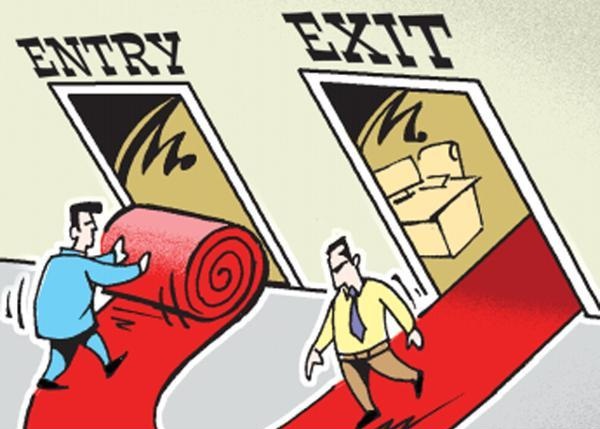 The movement back from startups to large established companies has started. Several CXOs from ecommerce and startups are on their way back to large Mics and established Indian conglomerates and there are several others who are on the lookout, according to six executive search firms specializing in senior-level startup searches.

Lack of innovation opportunities, culture misfit, roles becoming redundant are among the reasons that have prompted senior leaders from Flipkart, Jabong, Housing.com, Ola and others to move back to traditional established companies, the search executives said.

Suvomoy Sarkar from Ola joined Sears Holdings Corporation as head of the India analytics center last month while Manish Maheshwari joined as CEO of Network 18 digital this month from Flip kart where he was the head of seller business and Eco-system. A few months ago, Vikas Ahuja joined The Oberoi Group from Myntra, where he was the chief marketing officer.

Among others who have left over the past two years are Aparna Ballakur, who joined PayU as vice president human resources from Flip kart, where she was chief people officer, and Deepak Menon, who joined Microsoft from Jabong, where he was as product advisor and mentor. Others include Vikram Dasu, chief executive officer at Avenue Ecommerce Ltd – Dmart, who moved in from HomeShop18.

“Most e commerce companies like Flipkart, Snapdeal are top-heavy and looking at high cost individuals working with them trying to force exits,” said Kris Lakshmikanth, chairman & managing director at The Head Hunters India. “There are 100 guys in our database who have come out of e commerce companies at middle to senior level, who are looking for jobs,” he added. Anshuman Das, managing partner at Longhouse Consulting, said about 30% of the senior executives at startups and e commerce firms are currently contemplating moving back to larger companies.