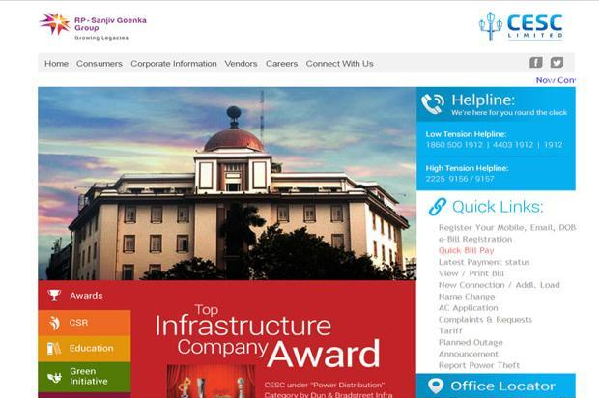 According to ICICI Securities Ltd, the company may have benefited from higher tariff recovery in the Kolkata power distribution area.

CESC’s strategy of sourcing electricity from Haldia power plant (placed in the consolidated entity), reducing offtake from the stand-alone power unit to avoid cost under-recoveries, led to a 13% drop in fuel costs. This helped it register a strong 26.8% growth in operating profit. But the growth did not translate into net profit, which grew just 2.5%, as CESC had to take a charge of Rs60 crore.

The charge was related to Sarisatolli coal mine, which the company won at a negative bid. Last month the West Bengal Electricity Regulatory Commission disallowed CESC from passing on the cost of mining from this block to consumers in tariffs.

But with the regulatory order on the Sarisatolli coal mine known last month itself, analysts were expecting CESC to book cost under-recoveries from the September quarter. So the profit growth was expected to be subdued.

Further, the reported net profit of Rs242 crore surpassed Street estimates by a wide margin. While better- than-expected earnings helped the stock recoup some of the intraday losses on Monday, the results indicate a new challenge for CESC.

Last month, Antique Stock Broking Ltd estimated a net annual loss of Rs120 crore due to cost under-recovery at Sarisatolli coal block. A part of the estimated loss has been booked in the last quarter. The rest of the amount is expected to be charged to CESC’s profits in the current and next quarters.

The challenge is to limit the impact of cost under-recoveries at the coal block on the company’s earnings. According to Nomura Research, CESC plans to mitigate the earnings impact by restricting the amount of Sarisatolli coal production/consumption and utilizing up to 15% of the captive coal output as feedstock to generate electricity for open market sale.

However, given the subdued demand and soft merchant power prices, the measures can provide only limited relief for CESC. Of course the risk of aggressive coal block bids is not unknown and losses at the coal block can vary. But if one adds this negative impact on earnings to cost under-recovery at Chandrapur plant due to lack of sufficient power offtake agreements, it can pose significant risk to CESC’s earnings.