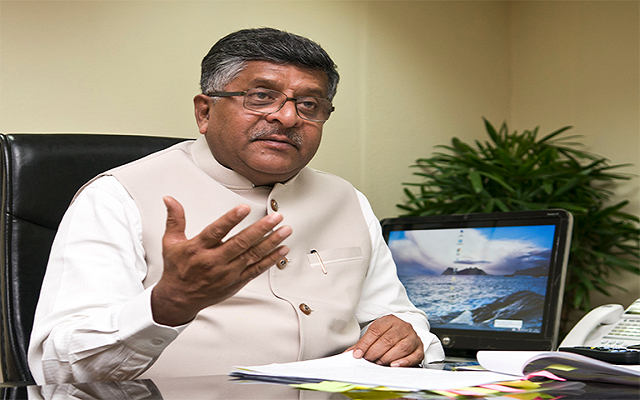 Union minister for electronics and IT, Ravi Shankar Prasad asked banks to incentivise digital payments and take steps to bring more people into the fold of digital banking.

In a meeting with representatives of public sector and private banks, Prasad urged banks to adopt villages and promote digital inclusion and awareness about digital payments. He also requested that villages with majority tribal population be prioritised by banks for creating awareness on digital payments and transactions.

In a meeting which was attended by over 50 officials of banks such as ICICI, Canara, SBI and IDFC among others, apart from officials of the Reserve Bank of India (RBI), National Payment Corporation of India (NPCI) and finance ministry, Prasad urged the banks to create a uniform branding for promoting digital payments. Such uniform branding would help create awareness amongst the general public on availability of digital transactions with merchants, he said.

It was discussed that NPCI will soon launch a redesigned USSD platform and a common app for UPI for enabling digital transactions, as well as addressing inter-operability issues.

The meeting also deliberated various issues relating to technology and security of UPI, USSD, RuPay and Aadhar Enabled Payment Systems. Prasad said that to address concerns of cyber security, the department will soon conduct security drill both for the banks and NPCI.