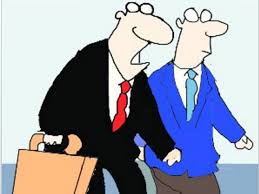 At times, colleagues who are seen as high performers allow condescension to creep into their behavior. This can cause those on the receiving end to feel slighted, and even irritated for being looked down upon. ET’s Brinda Dasgupta brings you tips from experts on how to handle such co-workers.

1) Check for a Pattern

Don’t misconstrue a chance remark as condescension. “Verify the facts and don’t jump to conclusions based on one interaction. Check for repeated condescending behavior,” says Balaji Kumar, senior director-HR, Metric Stream. “If the problem persists, take it up with the colleague in a respectful way, outlining the impact of their words on you.”

Superiority respects superiority, so don’t be afraid to assert yourself. “Being calm and confident, and putting your points across efficiently to the colleague in question will stop you from being pushed around,” says Hamsaz Vasunia, head-HR, DCB Bank. “Don’t fall into the trap of being argumentative, instead focus on your work and prove yourself through results.”

Sometimes, collaboration between departments suffers on account of a condescending attitude of a co-worker. In such cases, try to work towards a partnership dialogue. “You could try suggesting your own approach for one project, and the colleague’s approach for another,” says Vasunia. This will help to keep the peace

To avoid a mountain being made out of a molehill, deal with condescending colleagues firmly, but subtly. “One deals with all kinds of personalities at the workplace, and it is important to deal with those who are condescending in such a way that their behavior isn’t repeated,” says Sana Nayyar, VP-HR, Urban Clap.

When calling out your colleague on his/her condescending behavior, be sure to make your intent known. “Describe how certain words or behaviors have made an impact on you, and offer suggestions for change. This will open the door to a fruitful and transparent conversation,” says Kumar.