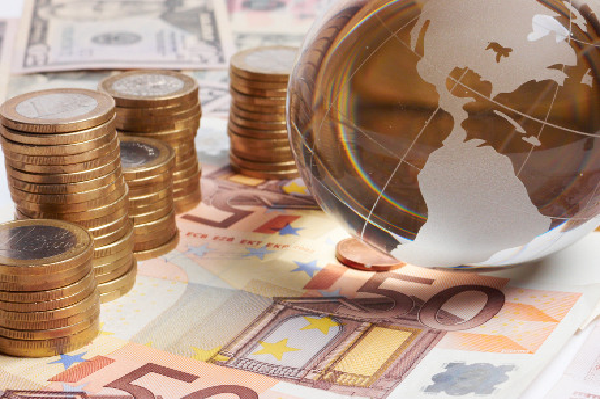 Global equity market returns are likely to be more challenging in 2017 than 2016 owing to structurally slowing economies, the vulnerability of inward looking US policies and high geopolitical uncertainties in Europe.

However, India is likely to retain some of its glean for emerging market investors for the third year in a row owing to painful economic adjustments that would lead to a boost to gross domestic product (GDP) from greater formalisation of the economy , possibility of a fiscal stimulus and improved governance.

Indian equities have underperformed the MSCI Emerging Market Index -a key benchmark for global fund managers to benchmark their portfolio -by 12% in 2016 for the first time in the past four years.

Surprisingly, after underperformance despite strong macros, investors are beginning to look more constructively at India and the drop in equity prices due to demonetisation makes many investors more interested as it is considered a shortterm disruption.

Though demonetisation forced many investors to prune their exposure to India, the confidence of reforms has attracted many global managers. BlackRock, the world’s largest fund manager, has put Indian equities on its buying list as its policy makers haven’t been afraid to make painful economic adjustments.

In a recent foreign investor meet conducted by CLSA, an MNC brokerage noted that investor mood is optimistic with nearly two-third of investors believing India’s structural story is intact and it is a `buy on dip’ market. Similarly, Nomura has an overweight recommendation on India within Asian markets for 2017.

The principal rationale for Nomura to keep overweight stance is -it perceives great value, policy support and a higher probability of growth.Nomura believes that as uncertainty eases in the long run, it sees growing divide as Asia’s striving cubs such as India, Indonesia, Philippines and Vietnam unlock full growth potential and replace the aging ` Asian Tigers’.

Investors putting wagers on Indian equities see 2017 as a year in two halves. In the first half, earnings and GDP growth would remain subdued but part pent-up demand will boost both variables and offset the first half ‘s weakness in the second half.India’s GDP is expected to grow in the range of 7.5-7.8% in FY18, the highest in Asia.

The upside risk for GDP growth in coming years will be higher as demonetisation and GST will lead addition to the formal economy . It must be noted that the World Bank estimates nearly 23% of India’s economy is shadow economy . Thus, the transition from informal to formal has sizeable potential to bolster GDP .

Also, India is less export-dependent as well as one of the lowest impacted economies from the interest rate hike by the US Federal Reserve.Hence, inward-looking US trade policy will not materially impact India.This has been the key reason why Indian rupee is expected to outperform among EM currencies.

Morgan Stanley recommends `long Indian rupee and short Singapore dollar’ as its top currency trade for 2017 based on the premise that US policies will impact Singapore, an export-driven economy as compared to India. Attractive carry trade and falling inflation in India are key reasons why Goldman Sachs and Nomura say that Indian currency will outperform regional peers. Indian market is trading near longterm average multiples based on FY18 earnings. In fact, valuation multiple can trade at a premium to offset earnings pressure due to shortterm disruption. Also, the market may be rewarded by higher multiples due to improved governance and expectations of fiscal stimulus. The risk to premium valuation is that the disruption should be over in 5-6 months. If things do not normalise in that period, there might be a tactical shift in foreign portfolio investors’ (FPIs’) perception of India as an investment option.

The valuation differetial of Indian equities to EMs has been trading at long-term average level of nearly 40% premium, providing additional comfort to investors. Besides, Indian market has shown a tendency to outperform even at times when the Dollar Index is moving up.

According to a poll conducted by Citigroup, EM economies will reestablish themselves as a dominating driver of the global growth in 2017. EMs are expected to expand 4.7% in 2017, the fastest pace since 2013. Given that India is likely to be one of the fastest growing economies, it stands to benefit the most from allocation of ETF, which places bets on a country largely based on macro parameters.

FPIs invested $3.3 billion in India equities in 2016, the lowest since 2009.Foreign investors’ overweight on Indian market has come down to 100150 basis points in the past one year compared to the peak of nearly 500 basis points at the beginning of 2016.