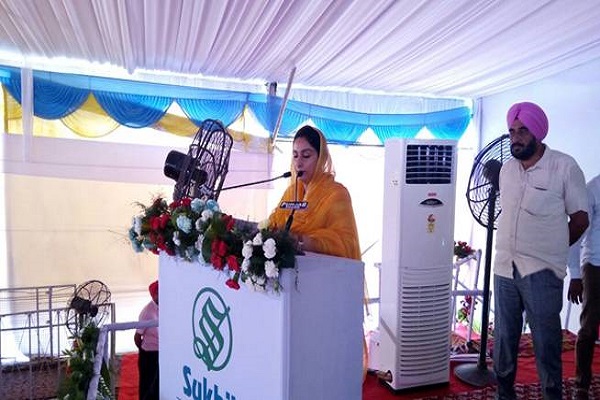 More than 3.85 lakh jobs have been created in the food processing sector in the last four years and 4 lakh more will be generated by the end of current fiscal as 15 new mega food parks become operational, Union Minister Harsimrat Kaur Badal said today.

Besides, 3.4 lakh direct and indirect jobs will be created with operations of 122 projects approved under the Pradhan Mantri Kisan SAMPADANSE 0.00 % Yojana, she said, adding that more avenues will open up as both domestic and global firms commit investment in a big way in the sunrise sector.

Badal said the sector will get a fillip as the government will soon set up a non-banking finance company with private sector to fund food processing projects, she added.
“There has been a transformation in the food processing sector during the four years of our government, when compared to the Congress during 2008-14 when the sector was totally disorganised,” Badal told media while highlighting her ministry’s achievement in the last four years.
There is an investment commitment of nearly Rs 1,00,000 crore in the last one year alone and out of which investments worth Rs 73,000 crore have started materialising, she said.

“This is just the tip of the iceberg that shall unleash its real potential in the years to come.”
Going forward, the government is working on creating an Agro Processing Financial Institution to ensure credit facility to food processing projects, Badal said.
The government is ready with the draft policy on ‘Operation Green’ scheme which will be launched by next month. Under this scheme, group of farmers would be encouraged to from clusters in key growing areas to encourage production and marketing of of tomato, onion and potato, she added.
Stating that food processing is the key to doubling of farmers income, the minister said 13 mega food parks have been operationalised in states such as Karnataka (Tumkur), Punjab (Fazilka), West Bengal (Murshidabad) among others in the four year of the NDA rule.
“These mega food parks have generated Rs 3,34,854 jobs in four years and benefited 20,725 farmers. Additional 15 mega food parks will be operational by end of the fiscal, creating jobs for around 4 lakh persons,” she said.
However during the previous Congress government, only two mega parks were created, generating only 10,600 jobs and benefitting 5,150 farmers.
In total, 42 food parks have been sanctioned. The approval to new parks would be given after ensuring smoothing running of these parks, she added.
With regard to cold chain and value added infrastructure, the Minister said that as many as 85 projects have been operationalised during four-year of NDA government compared with 37 projects during the previous government period.
These chains have generated 51,000 jobs, benefitting 1.55 farmers,she added.
The processing and storage capacity of milk has been increased to 35.55 litres per day, individual quick freezing capacity to Rs 85.25 tonnes per hour, handing capacity of agri-produce to 30.37 lakh tonnes besides launch of 545 reefer vans in the last four years.