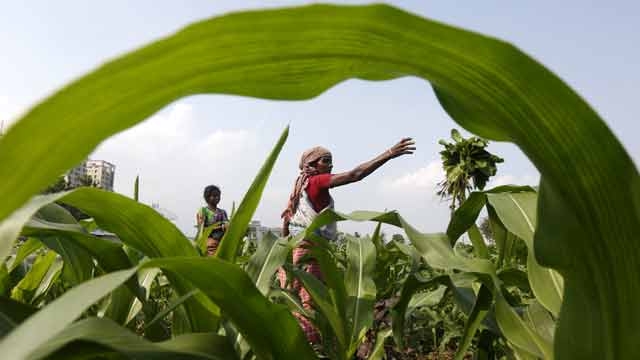 What would you like to see in the Union Budget?

Jobs and more jobs appear to top the Budget wish list of the average middle class Indian this year.
With just three weeks to go before the Union Budget 2017-18, internet-savvy Indians have suggested Finance Ministry to put more focus on the farmers and on those sectors, which can create more jobs in the economy.
In a Twitter poll, the Finance Ministry earlier this month asked the users to suggest sectors that need more focus, as well as areas which they feel can create more jobs.

The Twitterati has so far voted for increased focus on the agriculture sector, followed by youth, underprivileged and on women and children. The poll is open for three more days.
The rural economy is crucial for India, as over 50 per cent of rural households depend on agriculture as their prime means of livelihood.
Agriculture, along with fisheries and forestry, is one of the largest contributors to the gross domestic product (GDP) of the economy. The share of agriculture and allied sectors was 15.35 per cent of the gross value added (GVA) during 2015-16 at 2011-12 prices, as per recent estimates by the Central Statistics Office (CSO).
Most analysts are of the view that the forthcoming budget will focus more on lifting the rural economy, which got hit badly by the demonetisation drive. Companies focused on the agricultural sector are likely to hog the limelight in the forthcoming budget, experts said.
“The agricultural sector is likely to attract more attention of the government. Agro-based companies could possibly remain in the forefront of recognition as far investors are concerned,” Deven Choksey, KR Choksey Securities, said in an interview with ETNow.

However, too many interest subvention schemes or loan waiver could strain fiscal deficit, which might disappoint analysts as well as global rating agencies. The fiscal deficit target for 2016-17 is Rs 5.34 lakh crore, or 3.5 per cent of gross domestic product.

For next year, the government could keep the target at 3.5 per cent. “The budget may fix a fiscal deficit target of 3.5 per cent of GDP for 2017-18, relaxing the 3 per cent target set earlier in order to support growth,” BofA-ML said in report.

In another question, the ministry has sought suggestion from the Twitterati as to which area should be given priority for employment generation.
The micro-small and medium enterprises (MSMEs) sector has got the maximum vote share so far, followed by low-cost housing, automobile & spare parts and garmenting.
On the New Year’s eve, Prime Minister Narendra Modi unveiled a flurry of measures to support the small and medium entrepreneurs. Going forward, this segment is expected to will bag maximum sops to help kickstart the investment cycle and boost credit demand.
Modi announced raising credit guarantees for MSMEs to Rs 2 crore from Rs 1 core earlier. The government by way of a trust gives this money to banks, which can be extended to small and medium enterprises.
Accelerating the digital payment shift, the Prime Minister announced the BHIM app last Friday to improve the ease, experience and efficiency of digital transfers.
To boost digital payments/transactions, banks have been told to increase working capital loan from current 20 per cent to 30 per cent on transactions happened via digital payments.