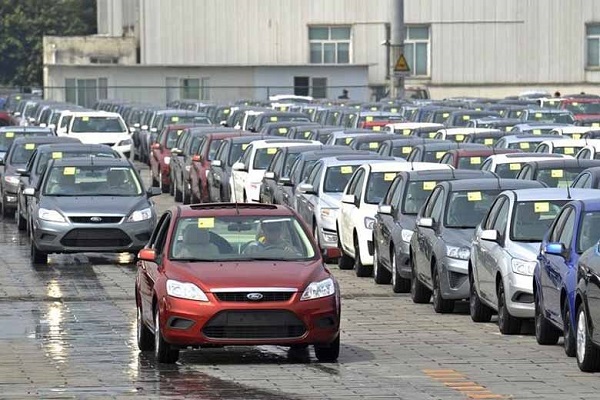 Recently, the railways received more than two crore applications for about one lakh vacancies. So many people chasing so few low-level government jobs points out that there is a dearth of jobs in the private sector and people fall back on government jobs due to uncertainty in the jobs market.

Job creation has become a major challenge for Prime Minister Narendra Modi as he has only one year left to face the people in Lok Sabha polls in 2019. He had promised to create 10 million jobs a year during his campaign for the 2014 Lok Sabha elections. The labour ministry’s figures released on March 12 show India added 136,000 workers across eight sectors between July to October 2017. However, in the week ended Feb. 25, India’s jobless rate rose to 6.1 per cent compared to 5 per cent in January, the highest monthly rate in the past 15 months, according to the data from the Centre for Monitoring Indian Economy showed.

Amid the crisis of jobs all over the economy, one sector stands out as a ray of hope—the auto industry.

India’s automobile industry just had its best fiscal year with data from manufacturers showing all-time high sales across segments. Analysts expect the momentum to continue in the new financial year, as economic activity is improving as well. Cumulative domestic vehicle sales growth in the past year was 13-15%, hitting the double-digit mark for the first time since fiscal 2012.

According to industry experts, there are several reasons behind this spike in sales — introduction of GST, which resulted in free movement of goods; crackdown on overloaded vehicles; increased investment in infrastructure; efficiency improvement in load carrying, especially by the ecommerce segment; increase in last-mile connectivity in hundreds of cities and towns; and pent-up demand and deferred purchase due to demonetisation, GST implementation and new emission regulations.

The commercial vehicle segment, seen as a barometer of economic activity, is estimated to have recorded sales of over 8.8 lakh units in the past fiscal year, growing 23% from the year before, with medium and heavy vehicles eclipsing the previous peak posted in FY12.
The two-wheeler, three-wheeler and commercial vehicle segments have each posted record double-digit growth, despite uncertainty over the implementation of GST and transition to new emission standards. In passenger vehicles, the industry is projecting a high-single-digit expansion for fiscal 2018. The local two-wheeler market is estimated to have crossed the 20-million-unit milestone, with sales growing 14%, helped by strong demand in the rural areas after good rains last monsoon. The three-wheeler output (domestic and exports combined) likely ended the year close to the 1-million mark, with growth of more than 25%.

The Indian automobile sector is set to witness a pickup in hiring over the next 12 months, largely driven by the passenger vehicle segment which has seen many launches in the last year, in addition to the advent of new technologies in areas such as electrified and driverless vehicles. A recent study carried out by HR services firm PeopleStrong predicts the automobile industry to hire 8-12% more employees in fiscal 2019.
MarutiBSE -0.10 % Suzuki and Tata Motors, India’s top two vehicle makers, will together add as many as 4,500 employees this fiscal year to deal with their growing product portfolio and sales. A Tata Motors spokesperson said hiring at Tata Motors was largely for replacement last year, but this year it was much higher and incremental in order to manage growth.

A bulk of the hiring will be concentrated in the research and development (R&D) segment with a lot of it happening in areas of design, engine and fuel side, says the study. The R&D segment will see a 12-15% increase in fiscal 2019 in hiring.