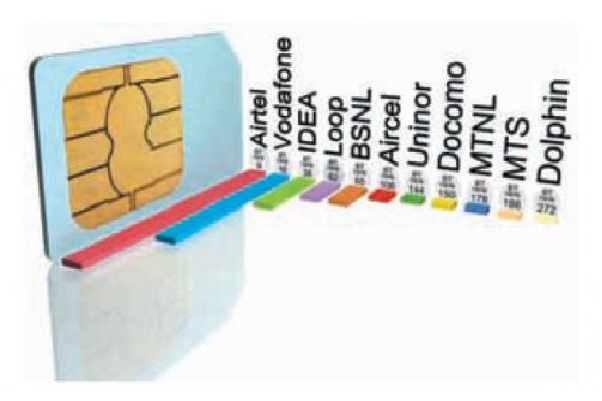 The year 2016 is a landmark year in the Indian telecoms industry. The much awaited sector consolidation set-in. Some of the key drivers for market consolidation include increasing pressure on profitability, hyper-competition, spectrum trading and sharing guidelines and favourable M&A policy. In addition, the sector also witnessed a number of spectrum trading and sharing deals.

In August 2016, spectrum auction took place with the largest quantum of spectrum being made available by the Government of India. However, the auctions witnessed muted response, primarily on account of high reserve prices. Of the 2,355 megahertz (MHz) total spectrum across seven bands put up for auction, only 40% of the spectrum got sold with no activity seen in 700MHz and 900MHz band. Telecom operators bid selectively to plug coverage gaps and enhance spectrum portfolio, especially for 4G services.

In another significant development, 2016 saw the entry of a Greenfield 4G operator, introducing aggressive tariff plans, with free voice calls and low-cost data. It is expected to usher in exponential growth in data. Leading operators have launched 4G services in select circles, which would further boost data growth.

The Indian telecoms sector has traditionally been voice driven. Commoditizing voice calls and offering tiered data tariffs would shift the business model from a voice to a data centric one.

India is already one of the largest smartphone markets in the world in terms of volume. According to Ovum, India’s smartphone penetration stood at 24% of total connections in 2015. The average handset price for smartphones has been declining, with an entry-level 4G smartphone available for INR2,999. Prices are expected to further reduce helping drive data usage.

The average data consumption per user is increasing, with increased adoption of smartphones and availability of content. For example, 3G data consumption per user has grown to 753 MB/month in 2015 as compared to 338 MB/month in 2011. The overall network traffic growth is expected to mirror the increases in average data consumed on a handset as more people start using advanced data services. The overall data traffic grew by 50% y-o-y in 2015, driven by an 85% surge in 3G data traffic, according to the Nokia Mobile Broadband Index.

In addition, the digital payments ecosystem is growing by leaps and bounds in India. This is largely possible as India is transitioning to a digital economy. Digital wallets witnessed exponential growth in the back of the recent demonetization drive by the Government of India. The proportion of mobile wallet transaction volume to total payment transactions has increased from 0.4% in FY13 to 4% in FY16, and is expected to grow significantly in future. Further, with the launch of Payments Bank by a leading operator in 2016, financial inclusion for the unbanked would get a major boost.

Mobile tariff in the sector – How is it going to impact sector in 2017?

For a large part of 2016, mobile tariffs remained steady. However, with the disruptive entry of a new operator, the sector witnessed innovative tariff structures. The biggest impact is the advent of unlimited voice calls along with tiered data plans for a fixed rental.

The entry level unlimited voice call tariff (primarily on-net and in few cases all call) is similar for most of the operators and range between INR145 and INR 149. Along with unlimited voice, 300 MB of mobile data is bundled. This price point is expected to resonate with a majority of the population, as it is closer to the monthly average revenue per user (ARPU) for access services at INR141 (for quarter ending June 2016) and that of operator voice ARPU. For INR345 to INR350, most of the operators are offering unlimited voice calls to all networks. The year 2016 ushered in bundled voice and data integrated plans. Increasingly, this is going to be the norm in 2017, with more innovative and segmented packages in the offering.

Headline mobile data tariffs have largely remained stable, but operators have increased data allowance significantly. Effectively, the price per GB is declining. For higher data denominations over 2GB, the price cuts had been up to 67%, while for data recharges of 1GB or lower, price cuts of up to 45% had been initiated. In the short term, mobile data revenue growth is likely to be affected, due to the lower tariff.

However, in the long term lower tariffs are not sustainable, with high spectrum fees and ongoing capex requirements. To put it into perspective, the cumulative bid in spectrum auctions since 2010 amounted to INR3.5 lakh crore, which is quite significant considering sector revenue of approximately INR2.6 lakh core (FY16). As a result, the sector debt level has increased to approximately INR4.2 trillion after the 2016 spectrum auctions.

Moreover, the financial distress of operators and continuous pressures on profitability have set-in sector consolidation. The Indian telecoms sector is likely to stabilize to a five to six players in the long term. Further decline in data tariffs and erosion of domestic voice revenue would impact operators’ profitability and sustainability.
As compared to developed and emerging telecoms market, India boasts of one of the lowest data tariffs. For instance, data rate for 1 GB data in India before tariff revision was priced at US$3.5. In comparison, the cost of 1 GB data equates to: US$30 in Japan; US$18 in Korea; US$15 in UK, China and Germany; US$10 in the US; US$7,5 in Spain; US$6 in South Africa.

What is the level of pressure on telcos margin due to dip in tariff?

Considering that wireless voice revenues accounted for approximately 65% of the total circle revenues in India in FY16, offering free voice is likely to have the biggest impact on operator revenue. Going forward, data revenues are likely to cannibalize voice revenues as well. This is adversely going to impact margins of operators. Customer acquisition cost would increase for operators owing to increased competition. In addition, operators are likely to face increased pressures to retain customers, offering freebies and larger allowances, adversely impacting margins.

With prevalent pricing pressures due to free offers and lower tariffs, operators are likely to witness stagnant EBITDA growth for the next six to eight quarters. It is going to be impacted by near-term decline in wireless data revenue growth. Data revenue growth is likely to decline to 2% q-o-q and 13% y-o-y by 4Q17, as compared to 50% y-o-y growth in 4Q16. In addition, voice and data realization are expected to drop significantly over the next few quarters. Overall, margins are expected to decline by 250 to 300 basis points in 2017 and remain under pressure in 2018 as well.

With lower incremental revenue and stagnating EBITDA, profitability of operators is expected to remain subdued. A lot would depend on the data volume growth of all operators, once the sector EITDA is stabilized.