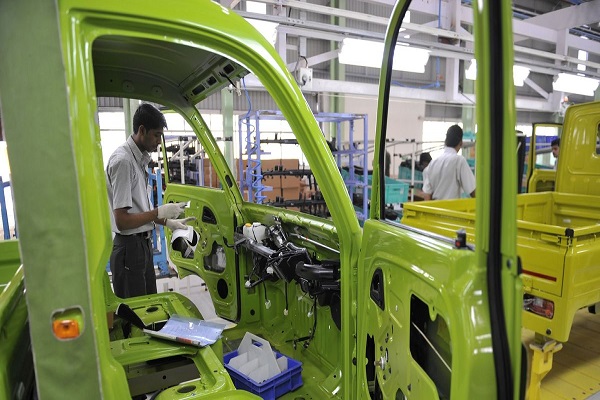 Engineers are quietly giving up on IT as a career choice. The once sought-after sector is losing a chunk to the brick and mortar automobile industry.

Queries and CVs from engineers, a lot of them with IT experience, are on the rise for auto companies such as M& M, Ashok Leyland and MarutiNSE -0.86 %, according to a TOI report. The state underscores the predicament Indian IT is facing at present.
According to industry body National Association of Software and Services Companies (Nasscom), the country’s IT sector will see single-digit growth for the third-consecutive year and jobless growth for the second year as software exporters continue to struggle with declining business from traditional services.
IT, for a long time, was the top pick for engineering graduates not only for the prospect of rising faster but also for the possibility of working abroad.
But with US visa rules getting tighter and big IT companies streamlining staff, manufacturing is quietly finding a favour among job seekers. HR experts, according to the TOI report, say the increasing importance of big data and artificial intelligence in the automobile industry has made this segment interesting for engineers with an IT background.
Management consulting firm Bain & Co has pointed out that new technology companies and open source platforms might emerge to provide competition to incumbent IT companies. This may not augur well for the $167-billion Indian IT-business process management industry, which accounts for 55% of the global outsourcing market and has been a predominant supplier of software implementation and maintenance to global businesses at a time when the local players are gearing up to embrace digital faster.
“Earlier mechanical engineers were going to the IT industry but now they’re coming back. There appears a reverse brain drain happening and suddenly we’re getting lots of applications from this segment, much more than in the last 3 years,” said Gopal Mahadevan, CFO, Ashok Leyland. With top gear demand pushing auto companies to expand capacity and crank out new product platforms, hiring is up in this segment.
According to the Naukri Jobspeak data for March 2018, there has been significant hiring growth for the auto industry. The sector has witnessed a 33% growth in March 2018 compared to March 2017. Also, this sector has witnessed a healthy up growth throughout 2017, specifically from October onwards one can see a strong double-digit growth.
“The IT allure is beginning to wear off as that segment has almost reached a saturation point. The pay growth is also not as good as it once was. So the attraction to join the auto industry is back,” said Rajan Wadhera, president-automotive division, MahindraNSE -0.84 % & Mahindra.
HR professionals see the shift as part of the industry undergoing tech transformation, having electric vehicles and incorporating self-driving cars into their system. “Product specialists are in demand and their experience levels are in the tune of 8 to 10 years or higher. The auto industry itself has stepped up its hiring by 30% and IT has been a major contributor,” said Thammaiah B N, MD, Kelly Services.