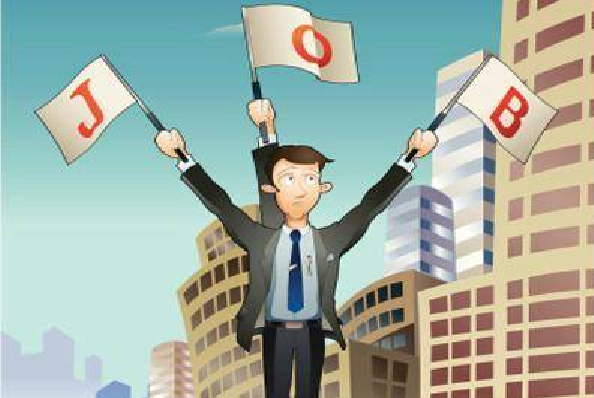 Telecom sector is likely to drive employment in the wake of ambitious Digital India initiative beyond the government estimate of 8.3 million jobs in the next five years, an industry skills group top executive said.

Kochhar, however, said that the sector’s non-manufacturing and manufacturing segments could bring as many as 7 million and 5 million work opportunities to the Indian youth respectively, driven by telecom infrastructure-led schemes which is much higher to the earlier estimation.

Launched in August 2014, Digital India is the Prime Minister Narendra Modi’s prestigious umbrella program that envisages country to transform into a knowledge-based economy with an initial outlay of 1.13 lakh crore for initiatives such as universal access to mobile connectivity, broadband network in all gram panchayats (village blocks) and electronic delivery of services.

“Due to the impact of technologies such as the Internet of Things (IoT) across Digital India, Smart City and Make in India programs, the demand for skilled workforce in the next five years will surpass the 8.3 million figure,” feels Kochhar.

In July 2015, PM Modi launched Sill India Mission with an objective to map manpower requirement so that the country could become a largest provider of skilled workforce worldwide, and pointed out that India would have a surplus manpower of 40 to 50 million in the coming decade.

The group that trains the potential workforce in telecom sector together with private firms, said that it is well poised to meet country’s growing workforce requirements and is also planning to conduct employment mela (fair) across the country, and is expected to organize first-of-its-kind Assam capital Guwahati soon.

“We are also extensively leveraging social media to spread awareness on what we do and propagate our initiatives of skills training in concurrence with the employers,” Kochhar said, adding that the council has trained as much as 70,000 individuals in the current fiscal as of October-end, and the number is expected to go little over 125,000 by March 31, 2017.

Recently, the group has partnered with top spiritual leader Sri Sri Ravi Shankar’s non-profit organization Art of Living Foundation to use latter’s centers spread across the rural and semi-urban areas for skill training and assessment of localized youth.