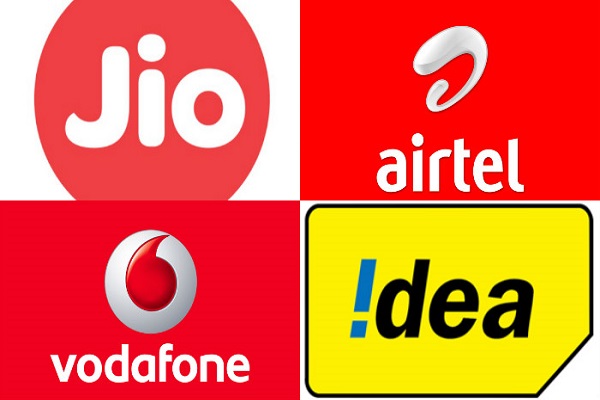 The 45-year-old telecom executive believed he was set for life. He would easily be able to fund his son’s dream of studying music abroad, for instance. But all that’s changed over the past few months. He, like many others in the telecom industry, are faced with the prospect of losing their jobs.

Call it the price of the biggest wave of consolidation in the telecom sector after it was thrown open to non-state companies in 1995. Experts and executives vary on magnitude but there’s unanimity that massive job losses are inevitable.

“There is no doubt that staff at the head office and circle (offices) are on shaky ground,” said an HR head, putting 10,000-25,000 jobs at risk, he said. Add those indirectly employed and the number could rise to as much as 1 lakh.

ET spoke to more than a dozen analysts, recruiters and company executives who said telecom employees are scared about jobs being on the line despite assurances. Employees spoke on condition of anonymity.

The Indian telecom industry employs over three lakh people directly and indirectly. A senior executive at a telco engaged in a merger talks said as many as a third could become redundant in the next 18 months as consolidation plays out.

“People have been reaching out to me, looking for opportunities. Everybody has financial commitments,” said a senior telecom executive whose company is not in the merger market.

Kumar Mangalam Birla-owned Idea Cellular and Vodafone Plc are exploring a merger to combat Reliance Jio, which has disrupted the market with freebies. Aircel and Anil Ambani-run Reliance CommunicationsBSE 1.68 % (RCom) are looking to combine, although this is threatened by a case involving Aircel. Russia’s MTS has been folded into RCom while Norway’s Telenor will either merge with the RCom-Aircel combine or be acquired by AirtelBSE 0.23 %.

Consolidation has taken hold of ancillary operations as well, especially towers. Last year, American Towers (ATC) bought Viom Networks and lowered the combined workforce by about a third, said people aware of the matter. This was followed by the $1.6 billion takeover of RCom’s towers by Brookfield. Every tower company is in play–Idea and Vodafone want to sell standalone operations as do smaller outfits like Tower Vision. The larger Bharti Infratel and Indus Towers are also expected to see a cha.

“I cancelled my foreign trip with my child because I’d rather have some money saved up just in case,” said a middle-level executive at a telecom firm that is in the middle of merger talks. He’s been at the firm for four years.

Idea, Vodafone, RCom and Aircel employ a total 48,000 people, according to company data. Despite shrinking, the Tata telecom business has 7,000 employees. Most experts feel the operations have to find a new home sooner than later.

Additionally, HR chiefs estimate that for every person directly employed in a telecom company, there are four handling sales at an outsourced agency. Including network and business process outsourcing contracts, the ratio is 1:6.

Circle chiefs, human resources and finance teams at the central and service area levels are among those that are likely to be cut as duplication is stamped out. This has intensified competition among managers to show results not just within organizations but against peers in other companies, not easy in the current climate.

“”This is such a terrible time. There is no way to show a strong result when there is an operator offering services for free,” said a circle chief at one of the merging companies.

Mergers have been sparked by intense competition. Reliance Jio’s free offers continue until March end and more such incentives are expected. That’s lowered the realisation per customer for every operator.

Consulting firms have already been assigned the task of mapping the workforce. For example, EY has been selected by Vodafone Group and Aditya Birla Group has picked up Deloitte for due diligence that includes a detailed look at the work structure.

“I am glad I am past my 40s and my kids are settled now. The worries of building a home for retirement are over. This is a bad time to be in the telecom sector,” said a senior telecom executive.

“Your queries are irrelevant and speculative,” the person said. “We would like to emphasize that for us at Vodafone India, the business continues as usual and we remain focused on growing our market share and continuing to build upon our NPS (expand) leadership by offering the simplest and most effective experience to our customers.”

Idea and TELENOR declined to comment. Aircel and RCom did not respond to questions.

Companies like NSN, Ericsson and Huawei Telcos have multimillion-dollar contracts for network management from telcos. One technology chief estimates a 15% overlap in staff as operators halve to three. “The contracts may not terminate because the infrastructure to manage will remain the same. They may be consolidated to one company rather than being split over a couple.”

Then there are the outsourcing contracts. Vodafone has an annual $700 million contract with IBM on software services. Idea and Telenor have also outsourced work to IBM, whch did not respond to ET’s queries.

As for call centres, staffing is based on subscriber numbers. Redundancies will depend on SIM consolidation, said one of the HR executives cited above. This could also lead to changes in overall subscriber numbers, currently at 900 million. Experts said the number could drop 8-10%.

SHOW ME THE MONEY

When RCom announced its merger with Aircel in September 2016, the companies said cost synergies would be about Rs 20,000 crore. Costs would halve following the merger, they said. Much of this will come from job cuts since the infrastructure is already in place and it’s unlikely leasing and rental agreements will change drastically, experts said.

“In order to achieve the synergies from the merger some people will need to be part of the restructuring,” said Chris Lane, senior telecom analyst for Bernstein on this merger. “While it is tough to say the exact number, we assume at least 20% of the combined entity may ultimately be made redundant.”

At a recent meeting headed by Anil Ambani-led Reliance Group group managing director Satish Seth, senior executives were told the Aircel-RCom merger was around the corner.

“Where there is duplicity of roles like two CMOs of comparable competence/experience or two CFOs will be the hardest hit and also middle management downwards,” said feels Vikram Chhachhi, principal, global consumer markets, Heidrick & Struggles, a global HR firm.

Vodafone has already begun making the structure leaner–the commercial and enterprise business roles have been merged under the COO rather than directly under the CEO. It is likely that senior level attrition that is resultant of this new change may be not be refilled for the moment, said a person familiar.

To be sure, any layoffs may take about 12-18 months. The merged entity will have to first ensure that distributors maintain the network and operators continue to expand.

But the fear is that hanging around won’t make sense as those eventually asked to leave may be left with few options.

“The bigger question is where the people who are made redundant will go,” said K Sudarshan, managing partner, EMA Partners International. “Where are the jobs, especially if they are out-and-out telecom guys or people in their late 40s or 50s and yet to become CXOs? The sector is pretty much saturated.”