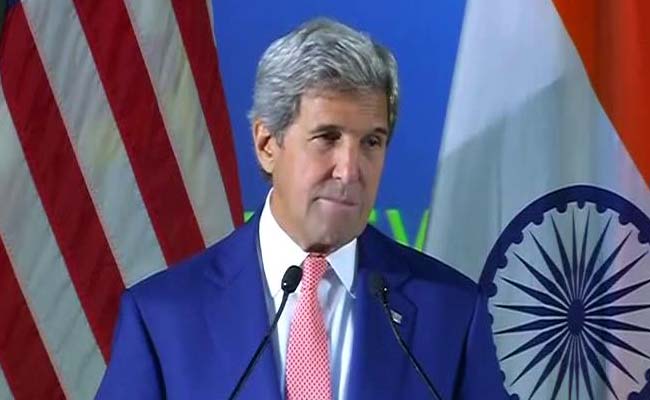 India’s economy will only be able to maintain its impressive growth if its bureaucracy ceases to be “an expert in setting up roadblocks”, US Secretary of State John Kerry said Wednesday.

Speaking on a visit to New Delhi, John Kerry said red tape and a lack of transparency continued to deter entrepreneurs and foreign investors even though India is now the world’s fastest-growing major economy.

“Even though we are witnessing impressive gains in India’s economic growth, there is still a real question as to whether we are doing so quickly enough,” said Kerry.

For India to create jobs for the 13 million people who enter the labour market every year, Kerry said in a speech at an engineering college that the business climate must be improved.

“To meet that goal, your entrepreneurs… urgently need the freedom to pursue new ideas, the ability to start up new businesses without a lot of red tape, and access to infrastructure that makes it easier to translate fresh concepts into successful companies,” he said.

“You have to able to operate under conditions that attract investment capital, whether foreign or domestic. You have to have a market defined by fairness, transparency, and a level playing field.

“You have to have sensible regulations and your bureaucracy needs to be streamlined and effective — a partner in making decisions, not an expert in setting up roadblocks.”

Prime Minister Narendra Modi has promised to rid India of its reputation as one of the world’s hardest places to do business. But the country is still ranked 130th in a global league table compiled by the World Bank for ease of doing business.

Among the biggest gripes of foreign companies is excessive bureaucracy, corruption and an onerous tax regime which can leave firms fighting for years in the courts to avoid crippling bills.

India’s economy expanded by 7.9 percent in the fourth quarter of 2015-16, the fastest of any large economy, with GDP growth figures for the April-June quarter due to be released later Wednesday.