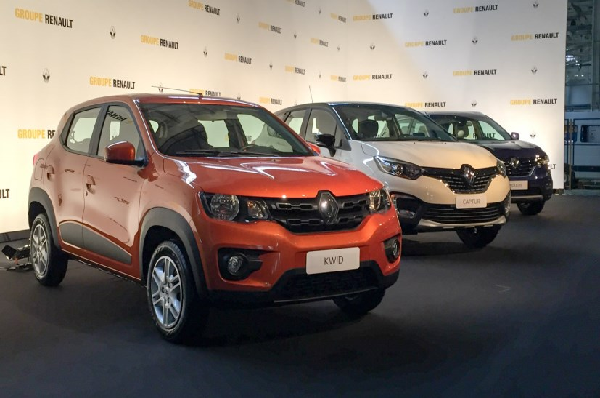 Small automobile companies logged volume growth in general as compared to major players in the industry whose sales dipped in December as seen from the numbers announced by the companies.

However, one major company that has bucked the negative sales trend is Tata Motors, which logged a two per cent volume growth.

The currency crunch due to demonetisation of 500 and 1,000 rupee notes coupled with customers postponing purchase decisions has hit some of the major players in the industry.

“The auto industry continues to go through challenging times, grappling with the short-term effects of demonetisation as well as reduced and postponed purchase decisions,” said Pravin Shah, President and Chief Executive (Automotive) at M&M.

“We do hope that the implementation of GST along with some right initiatives taken by the government in the upcoming Union Budget on 1st February, will provide a veritable boost to the auto industry and the economy in general,” he added.

Nissan Motor India Pvt Ltd sold 3,711 units in the domestic market, up from 3,065 units sold the same month a year ago.

On the other hand, the largest car-maker in India, Maruti Suzuki India reported a one per cent dip in its total sales for December.

According to the company, its sales during the month stood at 117,908 units from 119,149 units sold in the same month last year.

On its part, M&M announced that it sold 36,363 vehicles compared to 37,915 vehicles during December 2015. The company logged negative sales in passenger and commercial vehicles segments for the period under review.

Tata Motors domestic sales of commercial and passenger vehicles for December 2016 was at 35,825 units, a growth of one per cent over over December 2015.