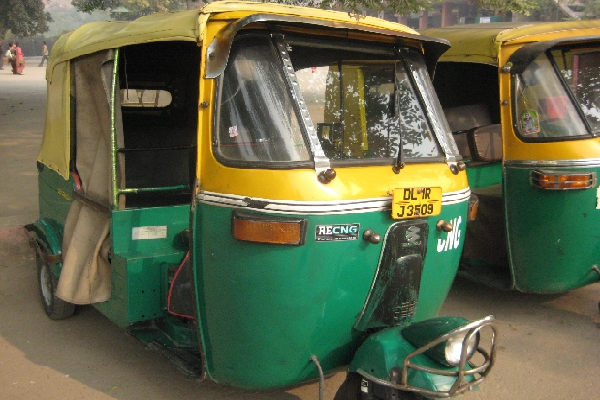 corporate News
October 19, 2016 executivesearch 0 Comments Bajaj Auto, Piaggio Vehicles, Three-wheeler sales
Share on LinkedIn Share
Share on Facebook Share
Share on TwitterTweet
Send email Mail
Print Print
With the rapid expansion of taxis from Ola and Uber in most cities, one might expect sales of three-wheelers (auto rickshaw) to go down. Well, that’s not the case. Three-wheelers, most of which are passenger carriers, have grown by a sharp 13.4 per cent in the first six months of FY17, higher than the 12.34 per cent growth seen in passenger vehicles (cars, utility vehicles and vans).
Three-wheeler sales had grown by mere than one per cent in FY16. The two top three-wheeler players in the country,Bajaj Auto and Piaggio Vehicles, are driving volumes. Bajaj has seen volumes grow 27 per cent to 149,587 units in H1. Bajaj, which is the biggest three-wheeler maker, has expanded its market share from about 47 per cent in FY16 to 52 per cent now. For Bajaj, the fourth biggest two-wheeler player in the domestic market, the domestic sale of three-wheelers is growing at a significantly higher rate to two-wheelers.
R C Maheshwari, president (CV), Bajaj Auto, said that new permits in few states and mandated replacement in some others, along with a ban on diesel vehicles in big markets like Gujarat, has driven volumes. “Bajaj has also started participating in the cargo segment this year and has clocked double digit market share due to acceptability of Maxima cargo,” he said.
Maheshwari claims that operations of Ola or Uber cannot match the scale of auto rickshaw operations in any city. “Besides, Ola and Uber have also been embroiled in controversies which further weakens demand for their services. Many females in cities prefer an open vehicle for safety reasons,” he added.
Factors like poor public transport and growing need for movement, compulsory use of CNG and its declining prices are aiding the demand for three-wheelers. About 80 per cent of three-wheelers sold are passenger carriers and only one-fifth are goods carriers. According to data with the Society of Indian Automobile Manufacturers (Siam), three-wheelers are the second fastest growing segment of the domestic automobile industry this year, after two-wheelers (17.47 per cent) and ahead of passenger vehicles (12.34 per cent) and commercial vehicles (six per cent).
Piaggio, which enjoys a 28 per cent market share in three-wheelers, has grown domestic volumes by almost six per cent to 81,753 units in H1. Mahindra and Mahindra, the third biggest player, saw a flat performance. Some, however, posted a drop in volumes. Atul Auto has reported a six per cent decline during H1, while TVS Motor has seen its sales shrink by over four per cent, Siam data showed.
An analyst tracking the sector said vehicles like three-wheelers and e-rickshaws provide last-mile connectivity at affordable rates and therefore there is a potential for sales to grow. Maheshwari said that the company expects a robust growth in three-wheeler sales as is evident from the volumes of the first half.