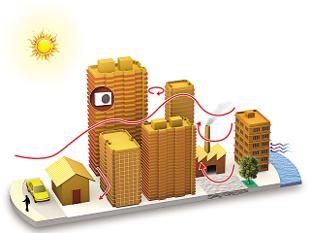 India’s information technology industry is expected to post the seventh straight year of improving productivity, as automation adds to efficiency and drives down hiring rates among software services companies.

The industry is estimated to have required 16,055 engineers to generate every additional $1 billion of export revenue in 2015-16, compared with 31,846 engineers in 2009-10, according to Nasscom data — a near doubling of the efficiency with which labour is employed.

The latest figures are a clear sign that India’s largest outsourcing firms are succeeding at ‘non-linear’ growth, where revenues increase disproportionately compared with hiring.

While the numbers are good news for an industry that is trying to defend profit margins,

it raises concerns over the future of hiring and the availability of engineering jobs in a sector that employs over three million people.

“What you’re seeing now is about 200,000 people being hired in the IT industry — it’s not the 4-5 lakhs that they used to hire 10 years ago. And that’s because the growth has shrunk from 35-40% and the competition was for resources. Even now the competition is for resources, but it’s for slightly more experienced resources — people who can work on automation, artificial intelligence, machine languages, data sciences. So, it’s not hiring for Java coding anymore,”said InfosysBSE -8.87 % co-founder Kris Gopalakrishnan in a recent interview.

According to data compiled by McKinsey & Kotak Institutional Equities, India’s IT industry required about 3 million people to add the first $100 billion of revenue. However, the number of people required to earn the next $100 billion will drop sharply by about a third to just 1 million people.

“The rate (of hiring) will slow down, but it will continue to rise. But not at the incredibly rapidly rate that we used to see because the number of people per value delivered will continue to come down. This is the point of revenue per employee — it happens in every industry. It has to happen in our industry as well. It is already happening,” Infosys Chief Executive Officer Vishal Sikka said in an interview after announcing fourth-quarter earnings this month.

According to experts, software firms require much fewer people to generate revenue from newer, high-paying services such as cloud computing and data analytics. They are quickly adding capabilities in these areas as low-end back-office services that came to define India’s outsourcing boom through the 1990s and 2000s fade into the background.

Back in those days, India became the hub for low-cost software development and the likes of Infosys, TCSBSE -3.13 % and US-based Cognizant built up huge and snazzy American-styled campuses to house the thousands of engineering graduates it hired to maintain codes for Fortune 500 customers such as General Electric and Citigroup Inc.

Cut to the present and the landscape looks vastly different, as top customers such as Royal Bank of Scotland and Target increasingly start questioning the relevance of the labor arbitrage model and the industry grapples with its slowest revenue growth in decades that is also leading to lower levels of hiring.

“In the past we looked at arbitrage, we looked at headcount, it was more like “you’re told and we will do” versus looking at customer outcomes. Headcount is no longer a discussion — so I think it’s more about customer-centric outcomes,” said Pankaj Phatarphod, managing director and country head of services at Royal Bank of Scotland, which currently outsources IT to companies such as Infosys.

The likes of Infosys and Tata ConsultancyBSE -3.13 % Services are also investing in automation platforms where software bots and robots can perform commoditised IT jobs at a fraction of the cost and time it takes a human engineer.

“Hiring is clearly changing. The 2000-odd people we’ve added this year includes people we’ve added from acquisitions. We’re also calling out factors like number of people who are getting released from automation, lower utilization, etc — all that put together, there will be pressure on this part ( hiring) clearly,” said Saurabh Govil, president and chief human resources officer at WiproBSE -2.88 %.